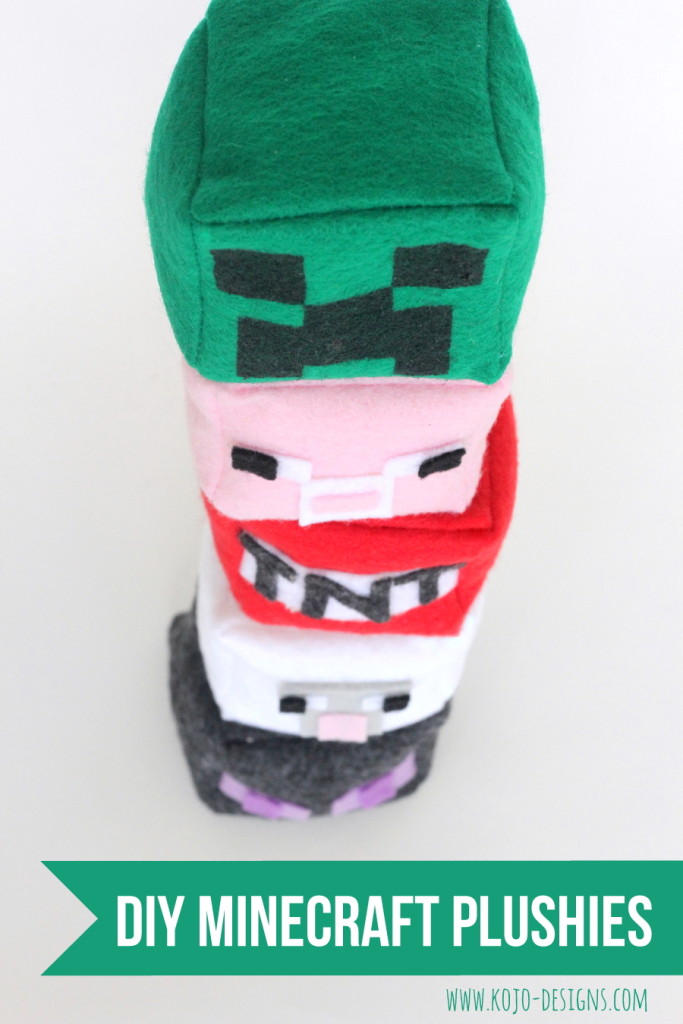 Alternate titles to this post- “Shoot, we don’t really have Christmas presents for Burke and there is no Christmas shopping in Saipan” or “What happens when you don’t have access to Amazon Prime (or Target).” 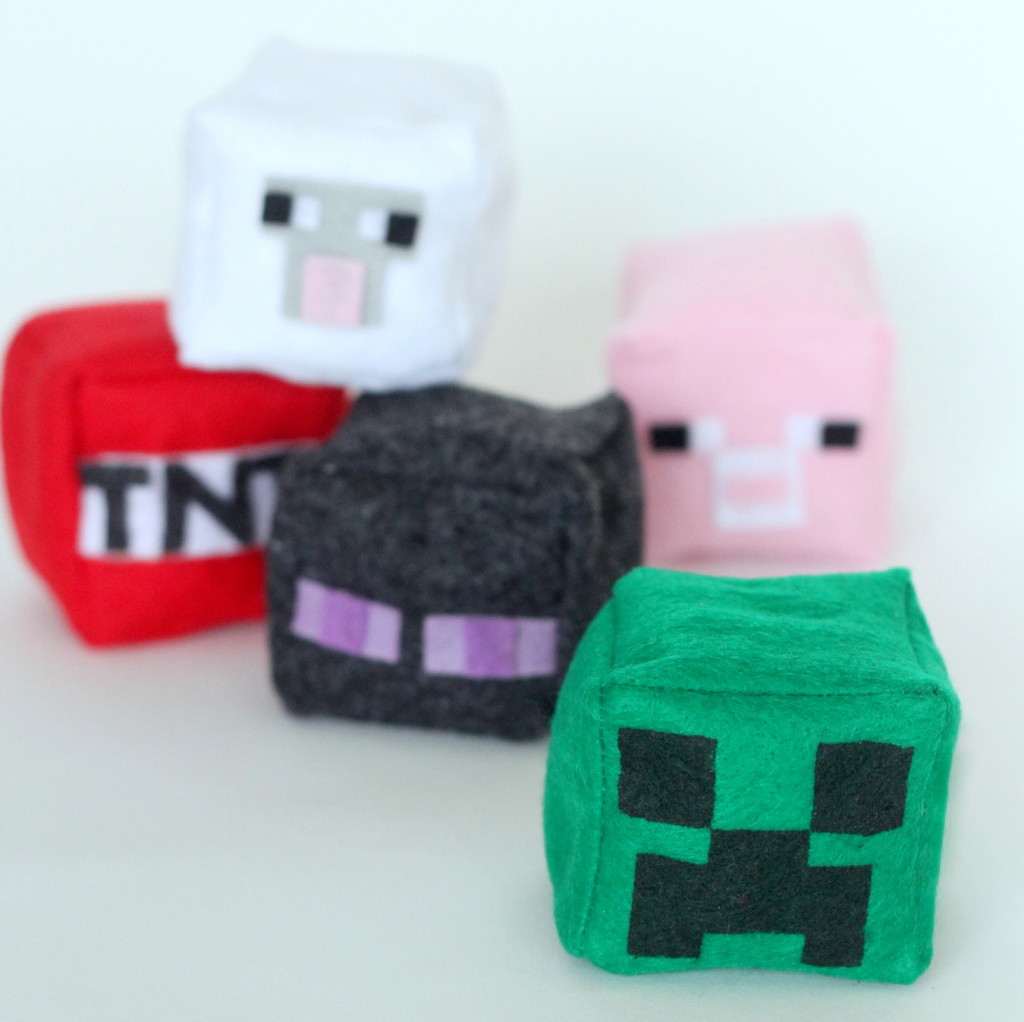 They say necessity is the mother of invention right? Yep, that’s what happened here. 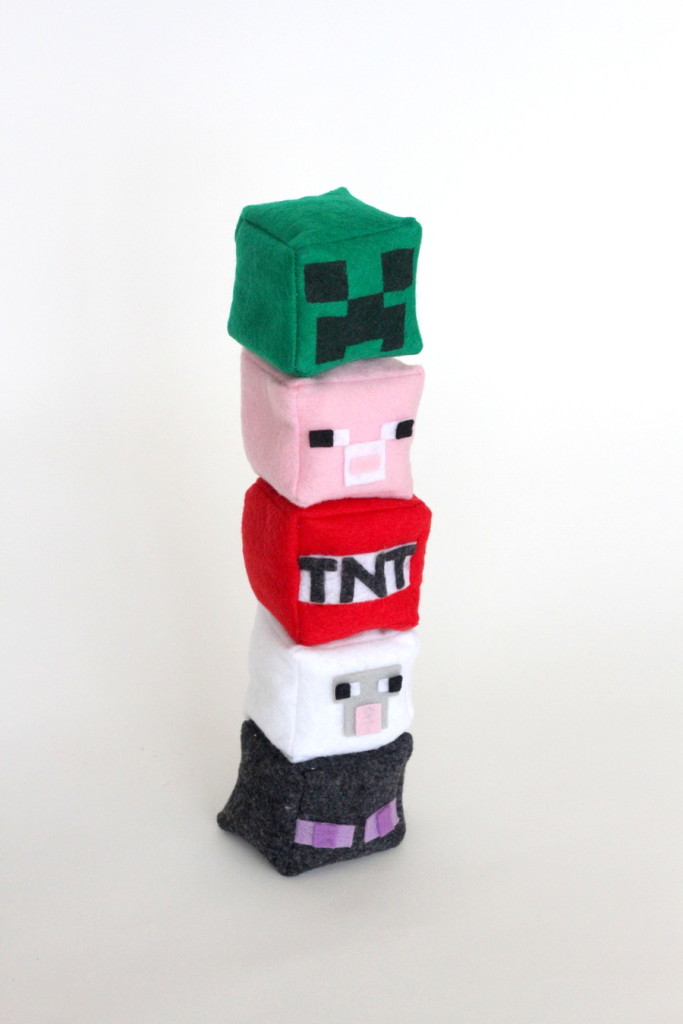 And then these little minecraft plushies were so easy to put together that I thought I’d help a sista out, just in case any of you are needing easy last minute DIY gifts for a boy (who likes Minecraft- haha). 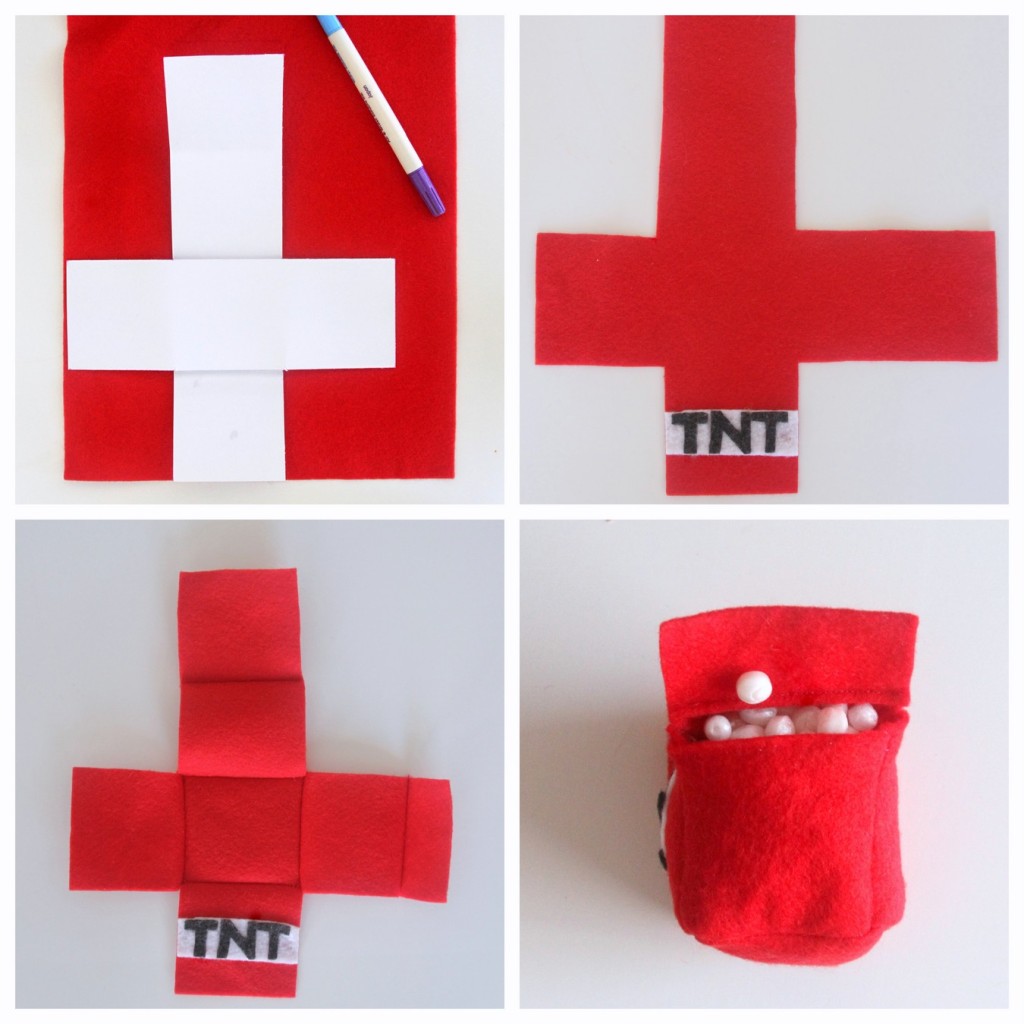 To make these, I cut a 2.5″ by 10″ strip of cardstock and also a 2.5″ x 7.5″ strip of cardstock. After folding the longer strip in half and half again (so I could clearly see each square), I stacked the two pieces to make a cross shape and then traced the template with a fabric pen onto felt. Then I cut out the felt cross, leaving an inch overhang on one square to use for securing later.

It turned out to be easiest to decorate the faces/etc. of the Minecraft characters (and TNT box) before sewing, so I did that first using hot glue as my adhesive. Then I sewed along each edge (even the edges that were already attached to reinforce the box shape) to make a box.

The last edge left open was the square that had the extra tab. After turning the almost-finished felt box right side in and filling with little beans (you could also use stuffing), I tucked the tab in and hot glued the opening shut. 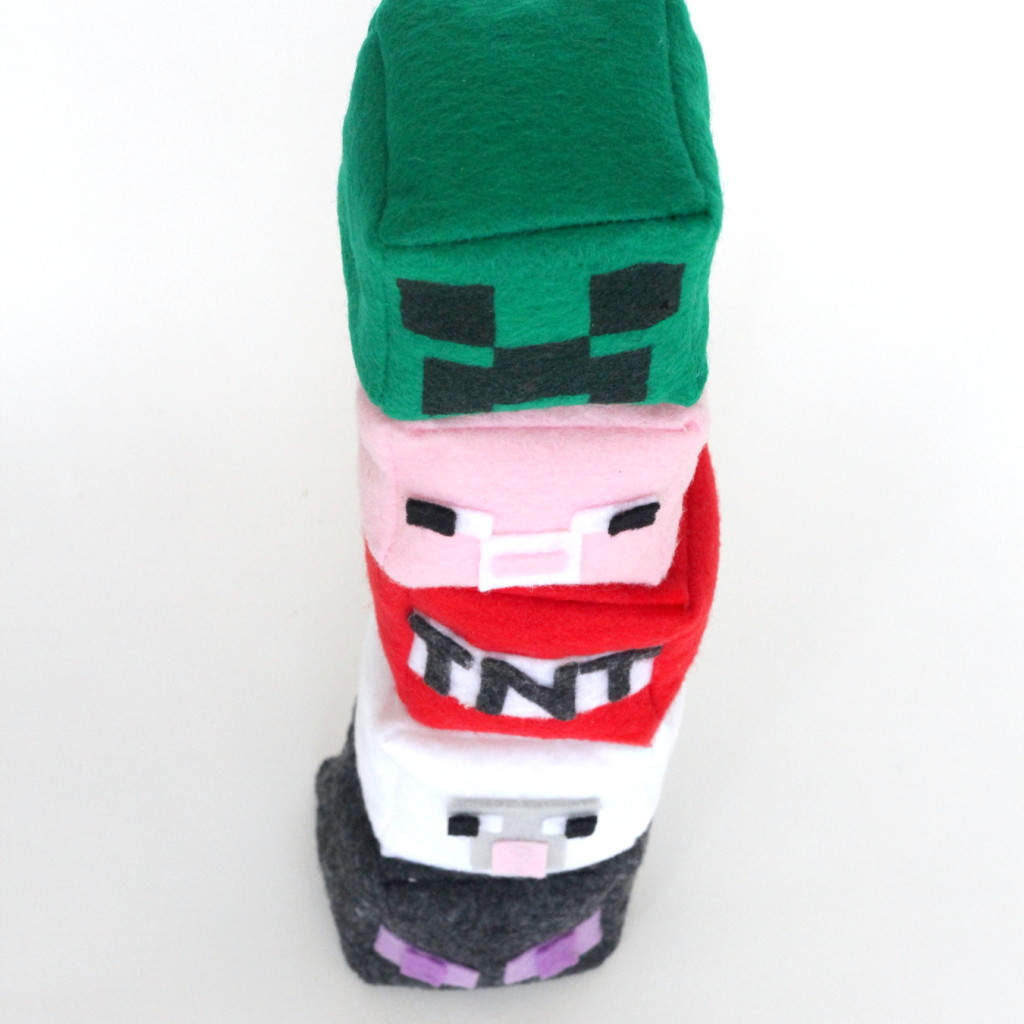 They’re a little rustic (haha!), but Burke will love them! Plus, I never really can think of handmade boy gifts that Burke will actually love. So- winni