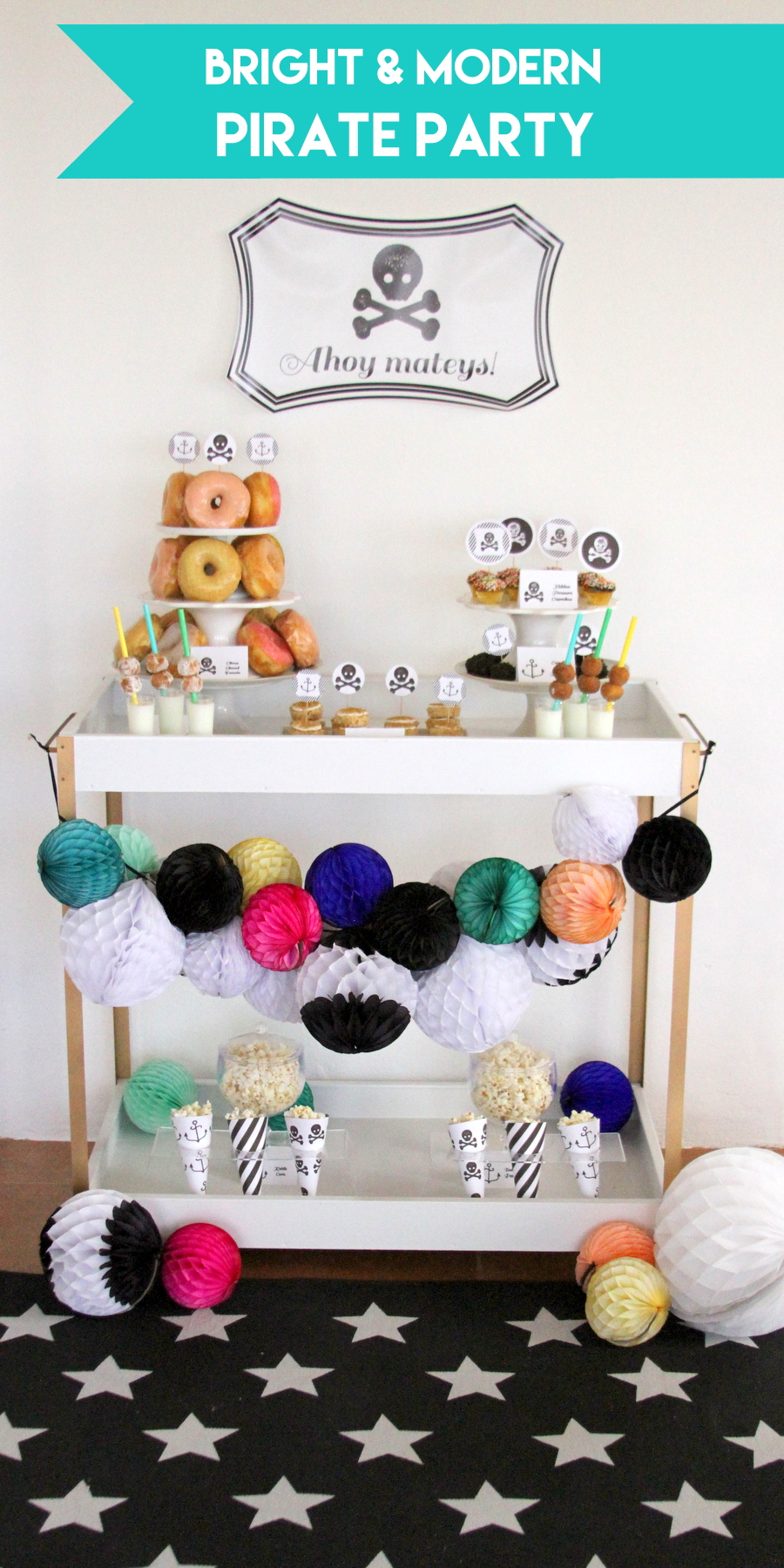 Although I anticipated several consecutive years of Lego birthday parties, our proximity to the beach wooed Burke toward buried treasure and pirate patches this year. 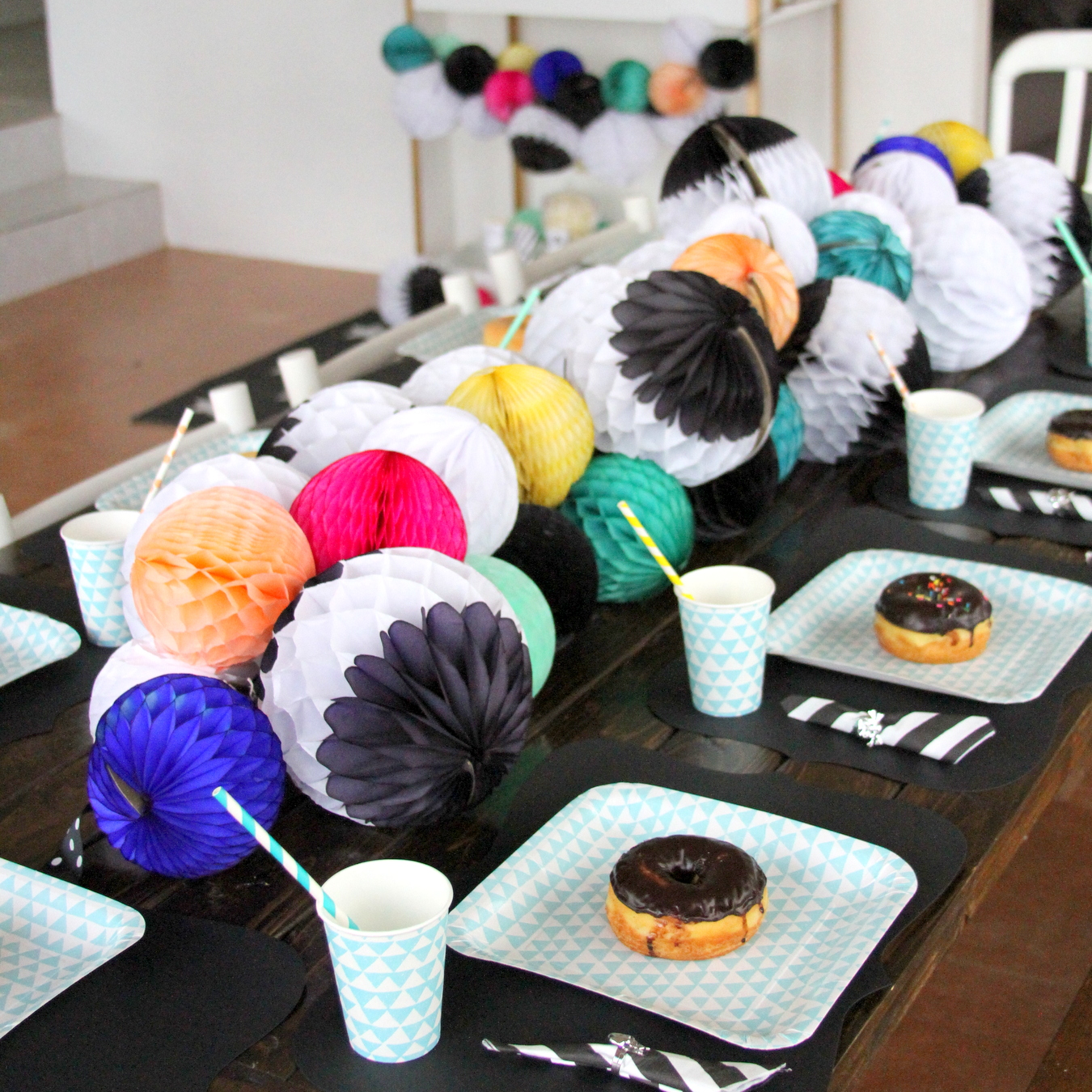 Black and white with pops of color made a bright backdrop for a “Pirates & Pajamas” party. 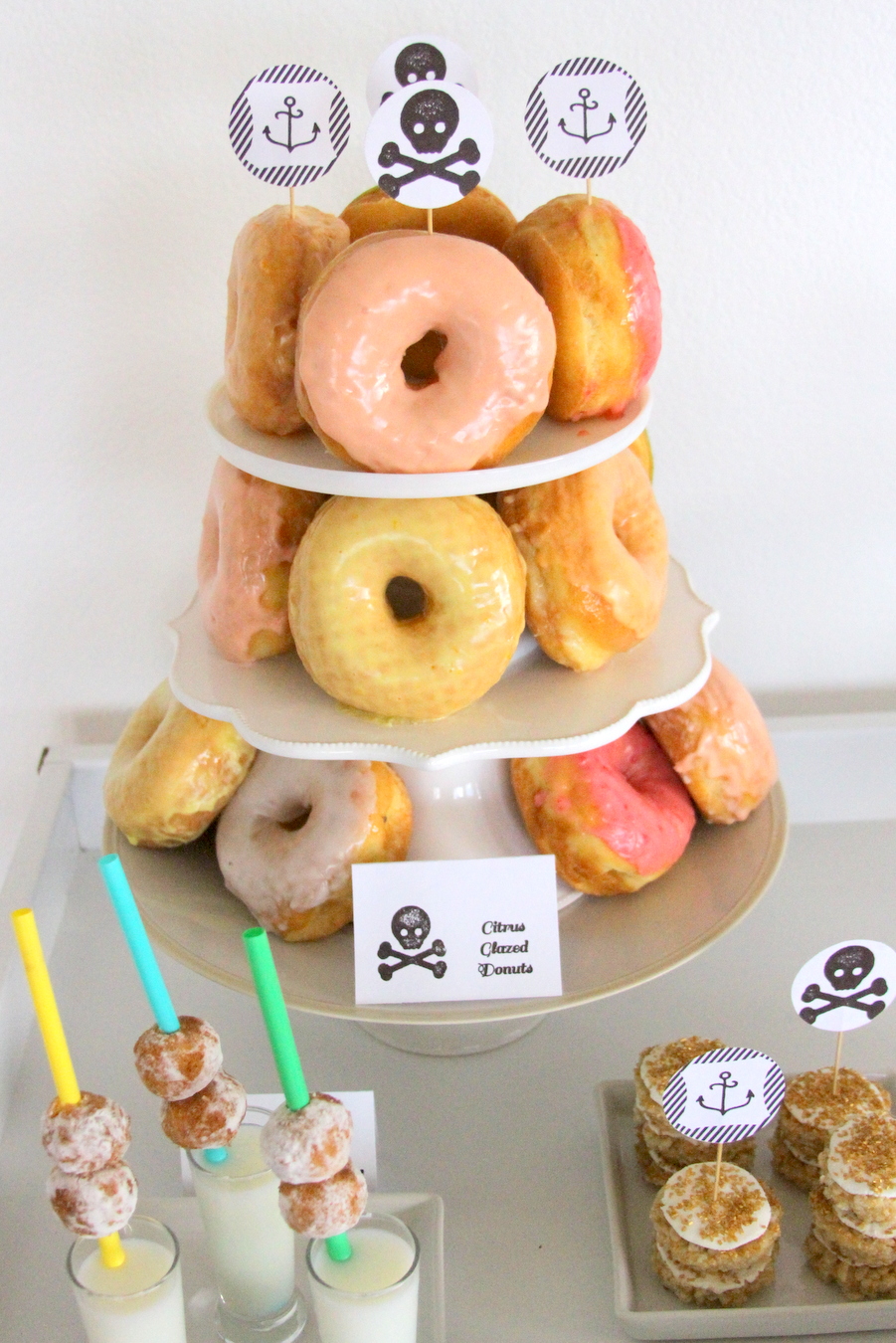 Brunch was Burke’s birthday party meal of choice. His requests were Voodoo donuts (about 6000 miles unattainable, but we made our best attempt)… 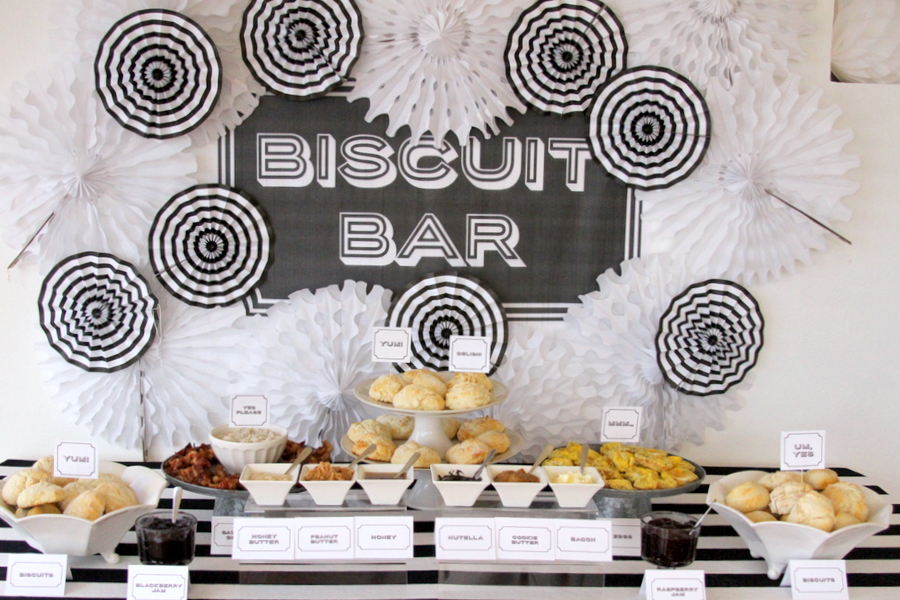 …and biscuits and fixins’ (all of the details on the Biscuit Bar here). 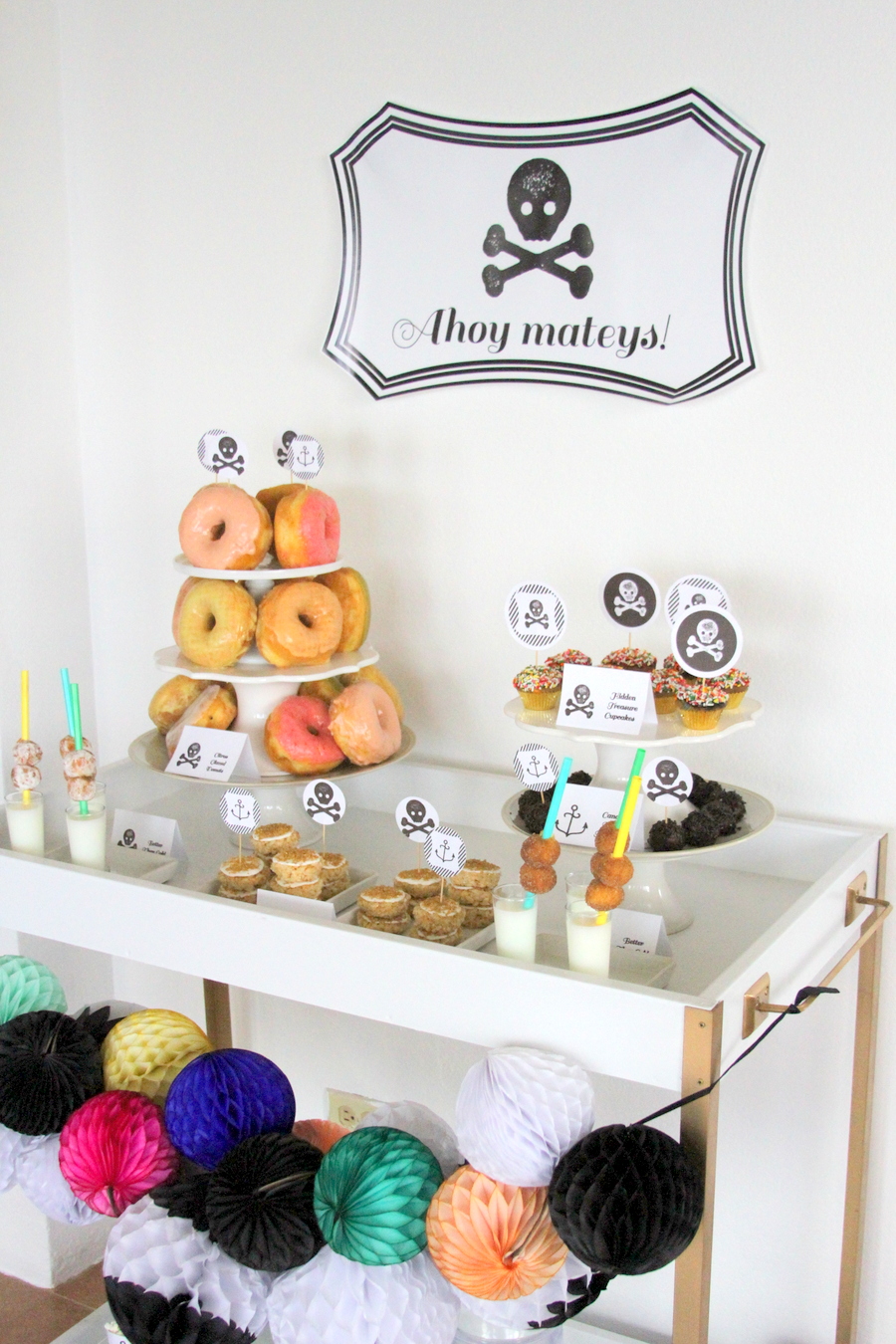 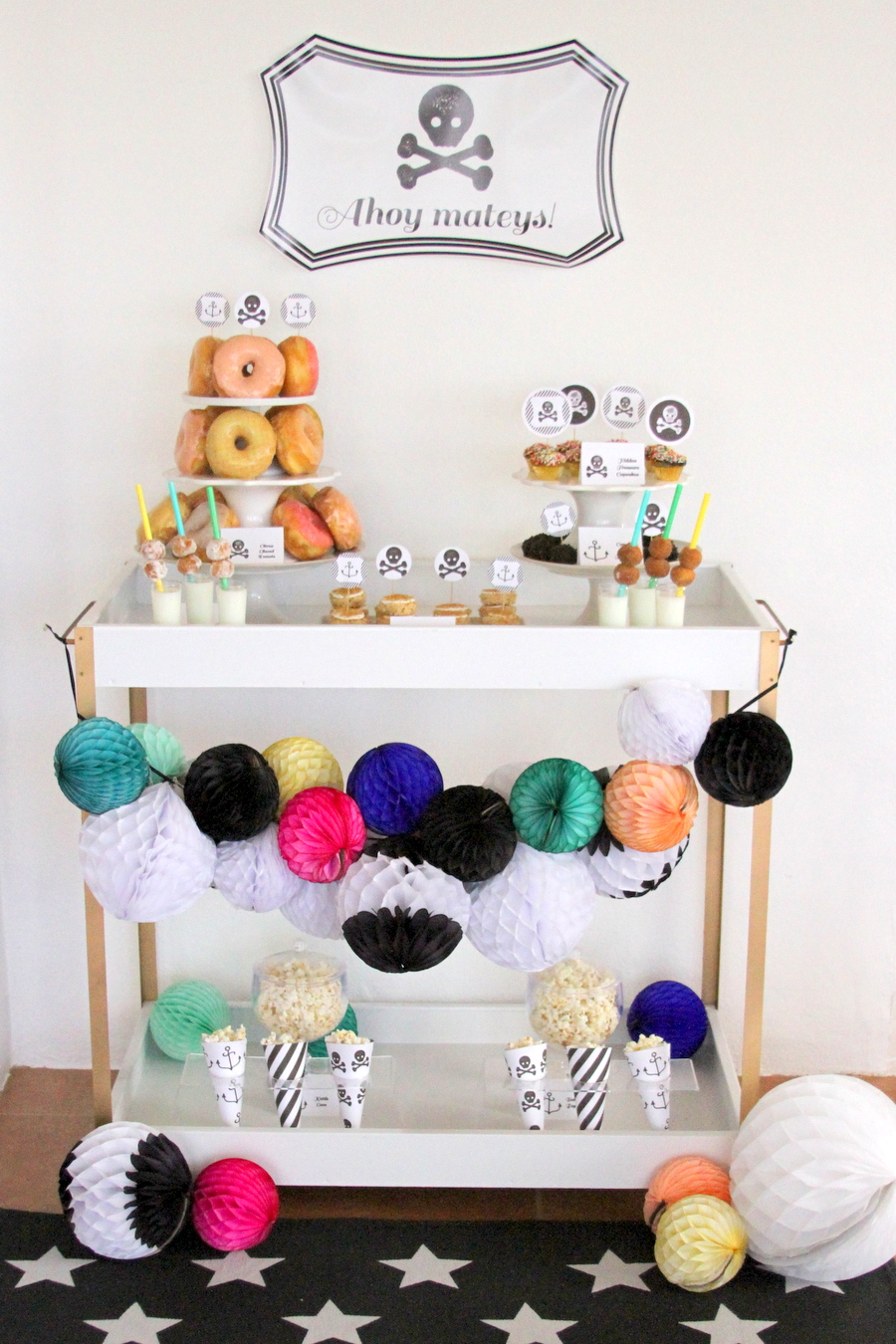 Side note, but after my love affair with the bar cart for the Two Hour Shower treat table in Denver, we built a bar cart here in Saipan. And I lo-ove it just as much. In love. With bar carts for party treat tables. And just with this bar cart in general. Loveeeeeeeloveeeeeelove. 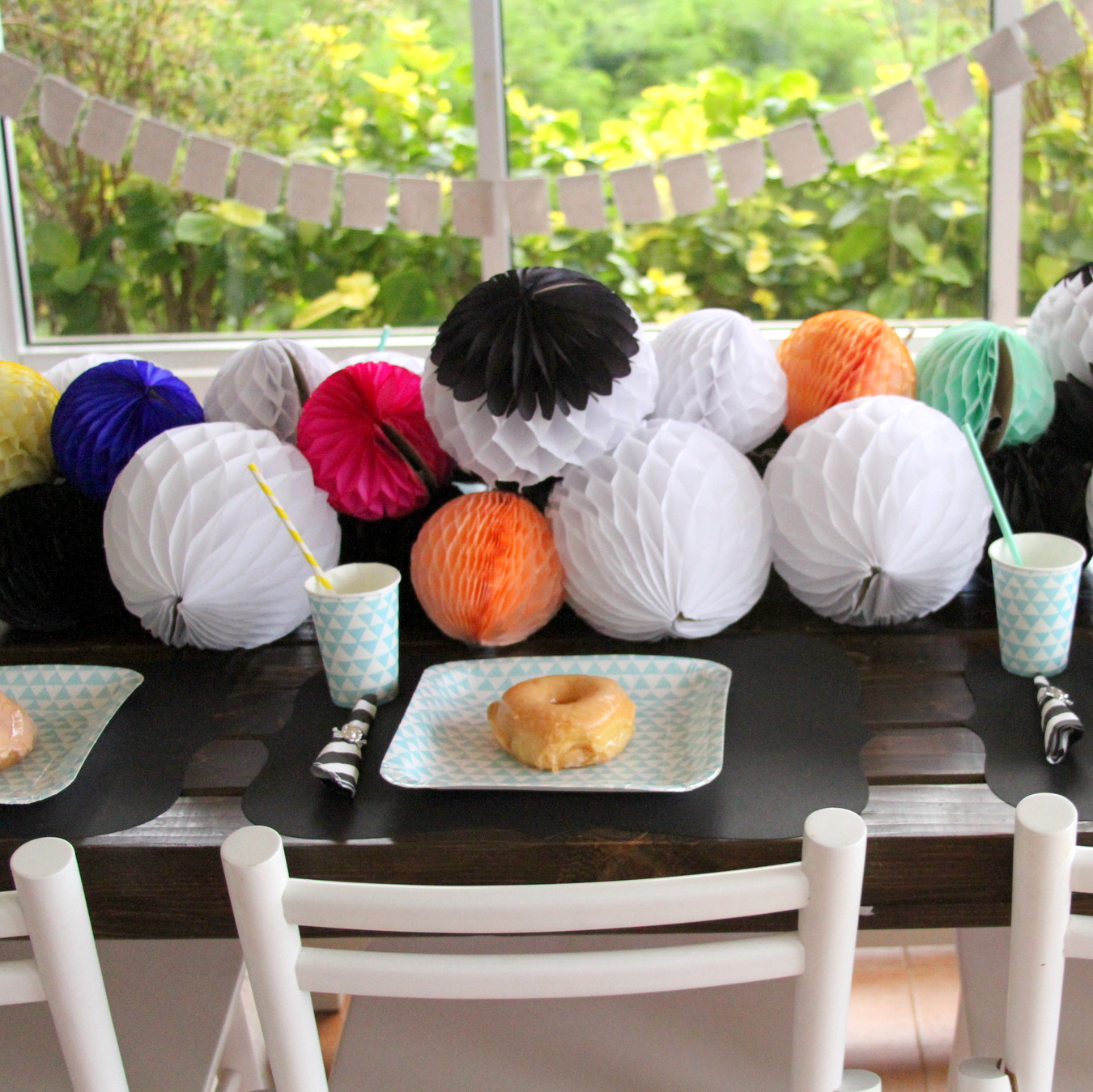 Bar cart love aside, a pile of honeycomb lanterns was my primary (ok, really, only) pirate party decor. 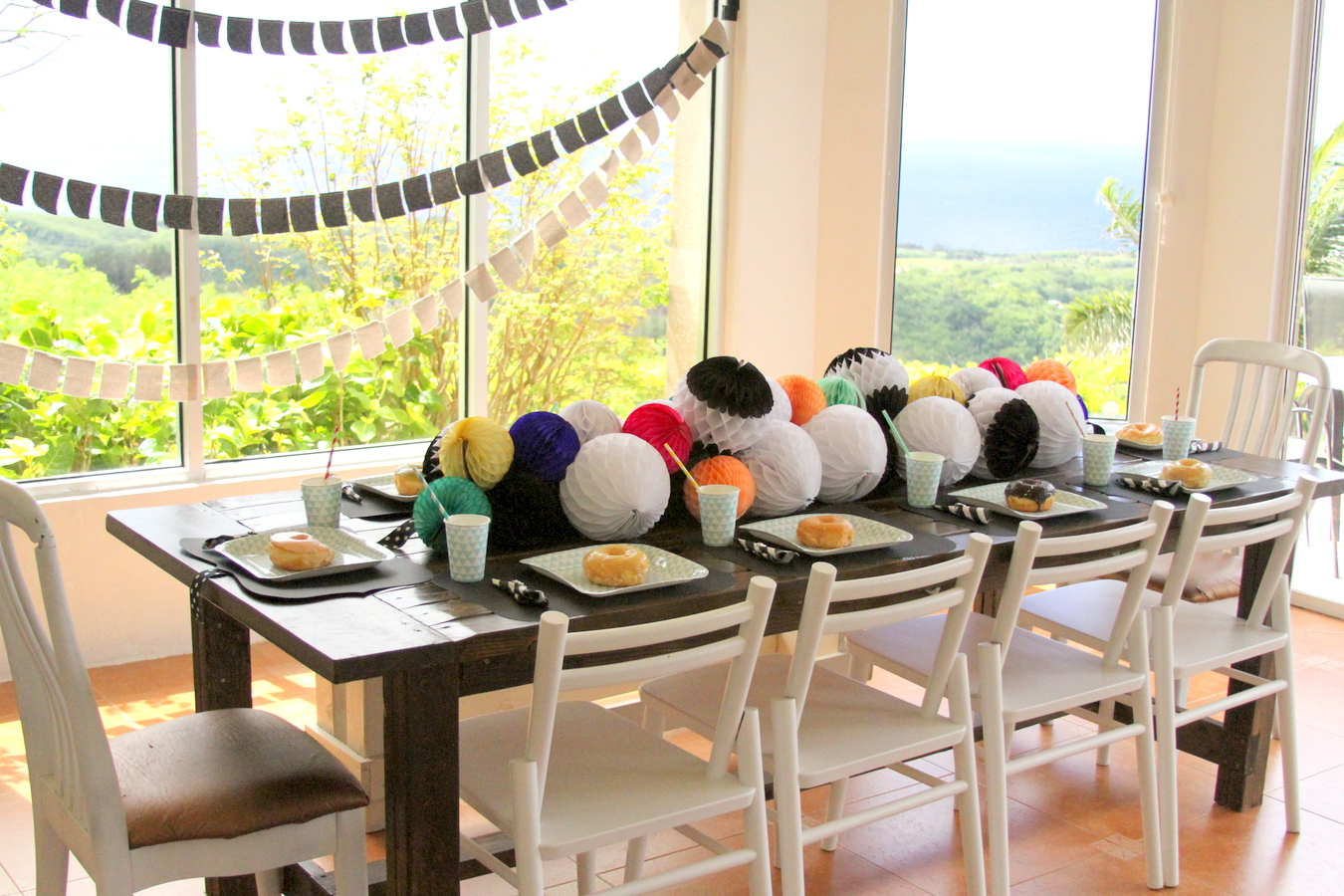 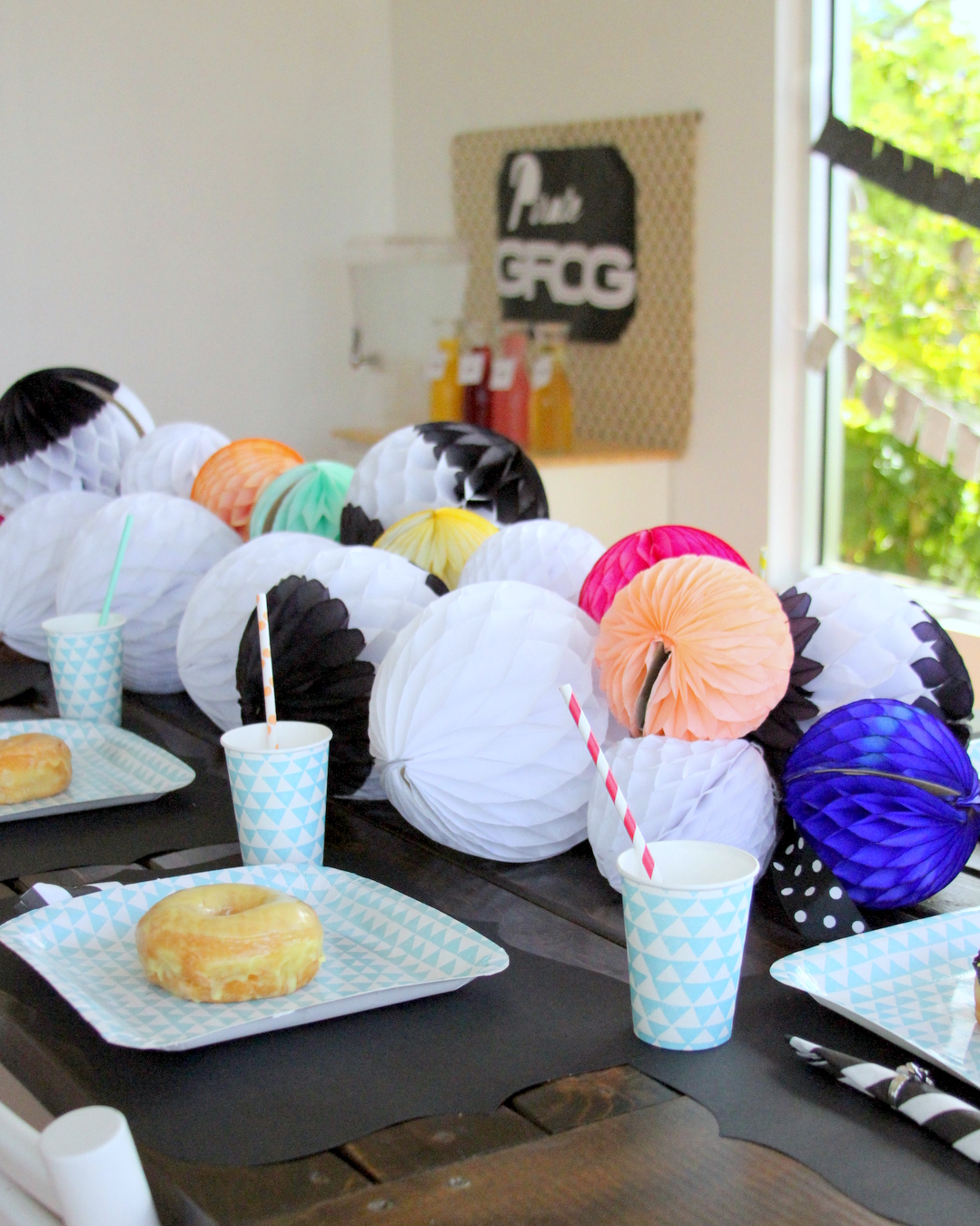 The bright honeycombs were the table runner…

…and they made for cheerful party garlands and dots of color. 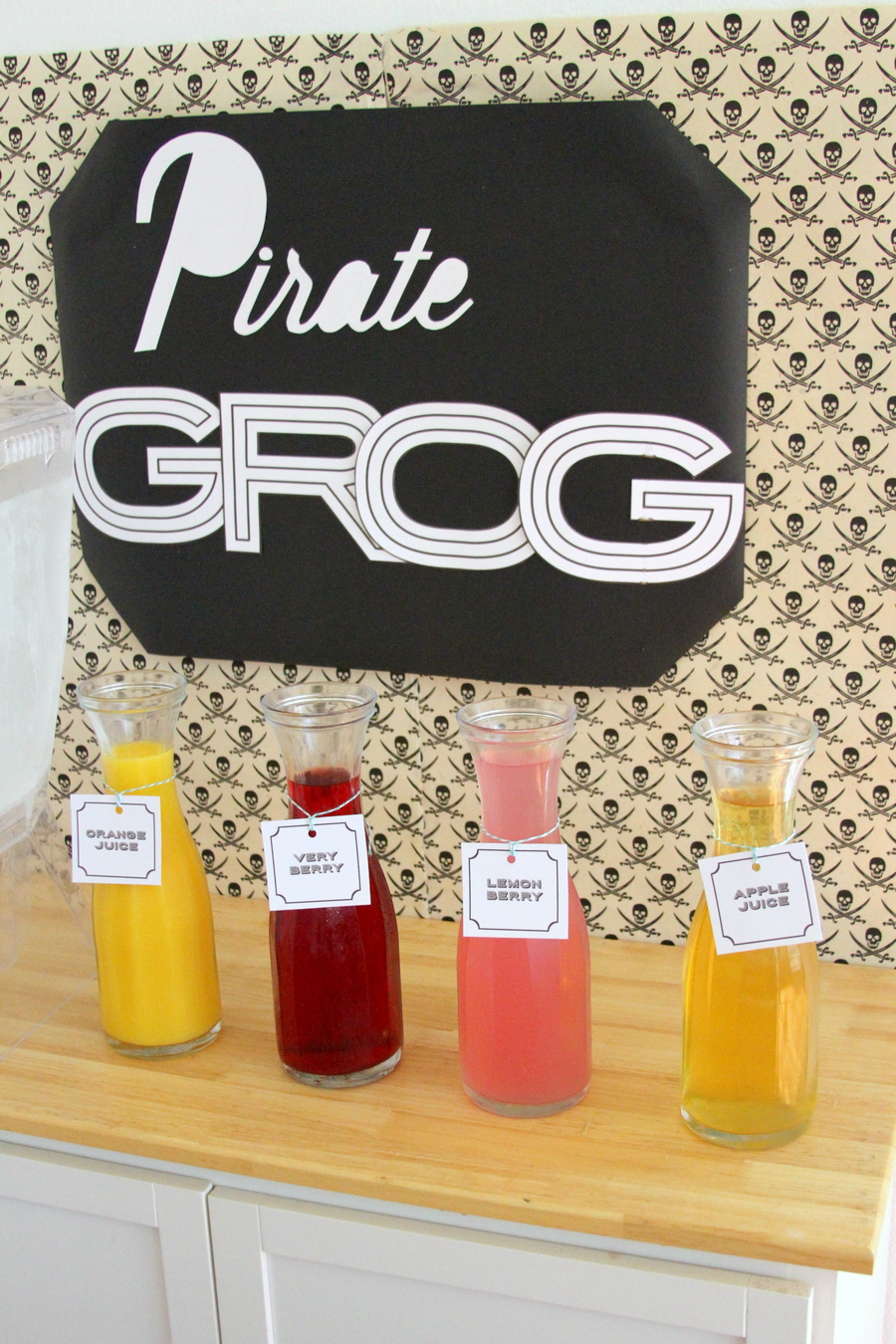 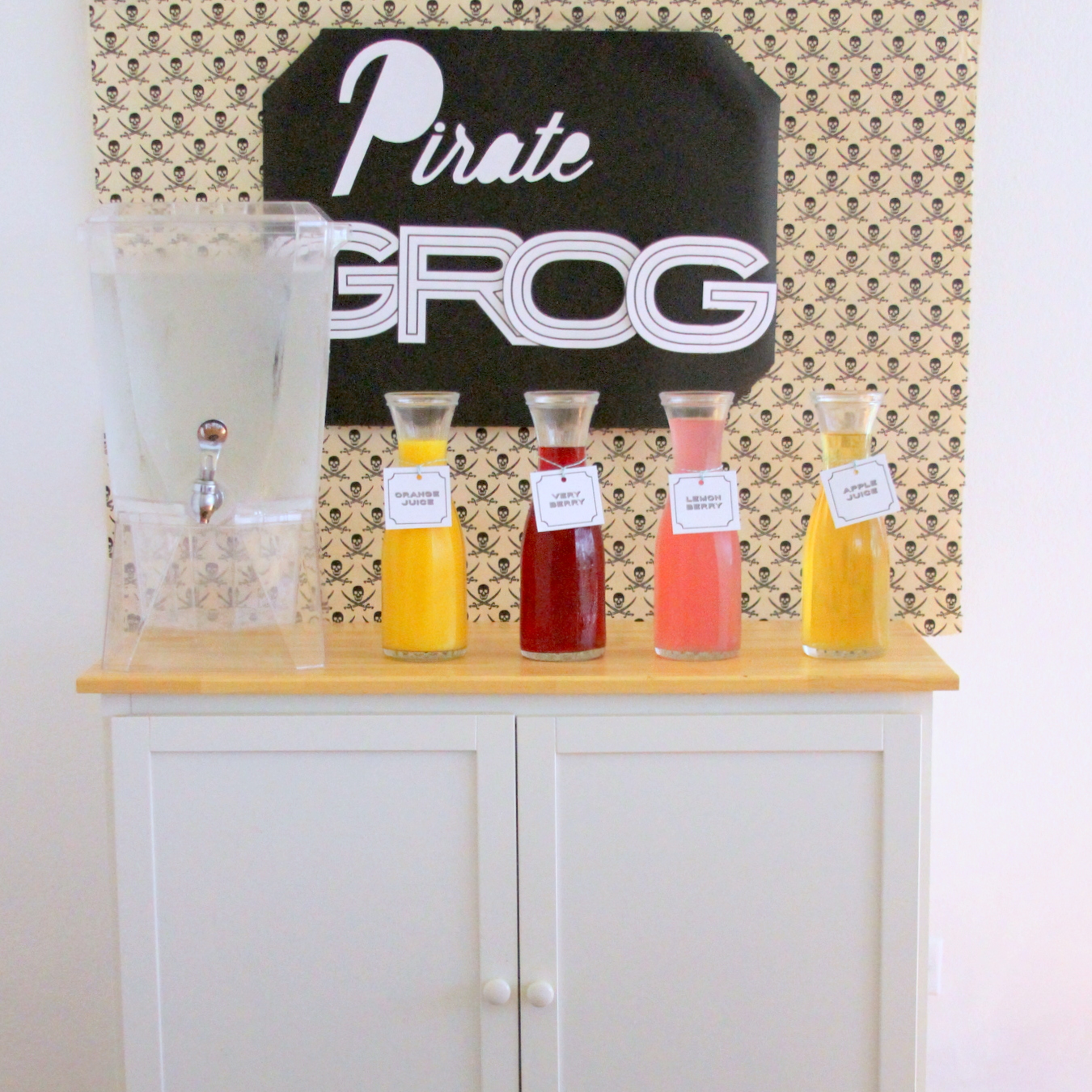 …orange juice, two kinds of Starbucks’ refreshers, and apple juice (and, of course, a giant dispenser of ice water). 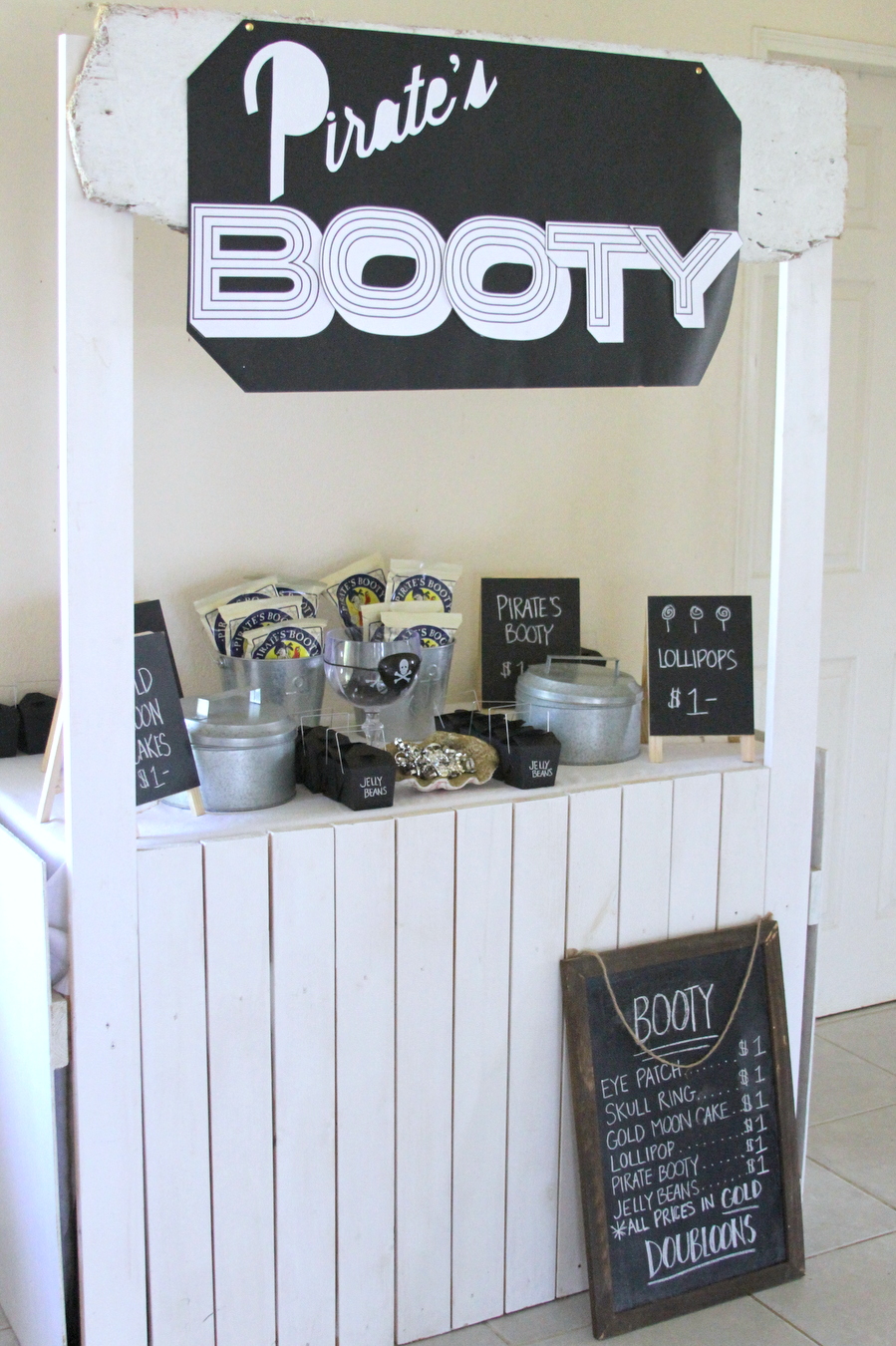 The highlight of the party was a hunt for buried treasure, ending at a treasure box full of ‘gold dubloons.’ The little party guests seriously had so much fun spending their treasure at the “Pirate’s Booty” stand! Ok, they had so much fun hunting the treasure as well. 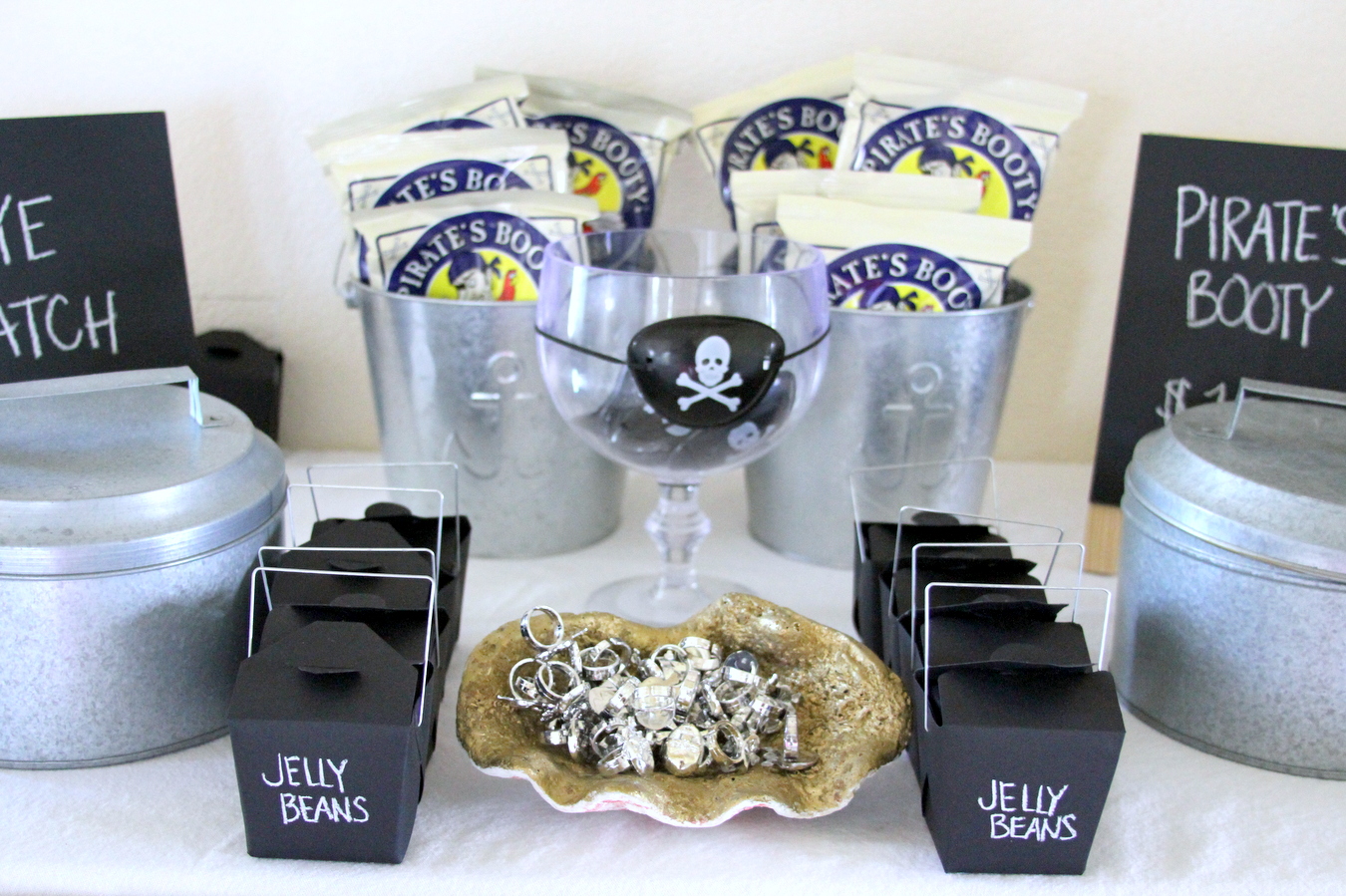 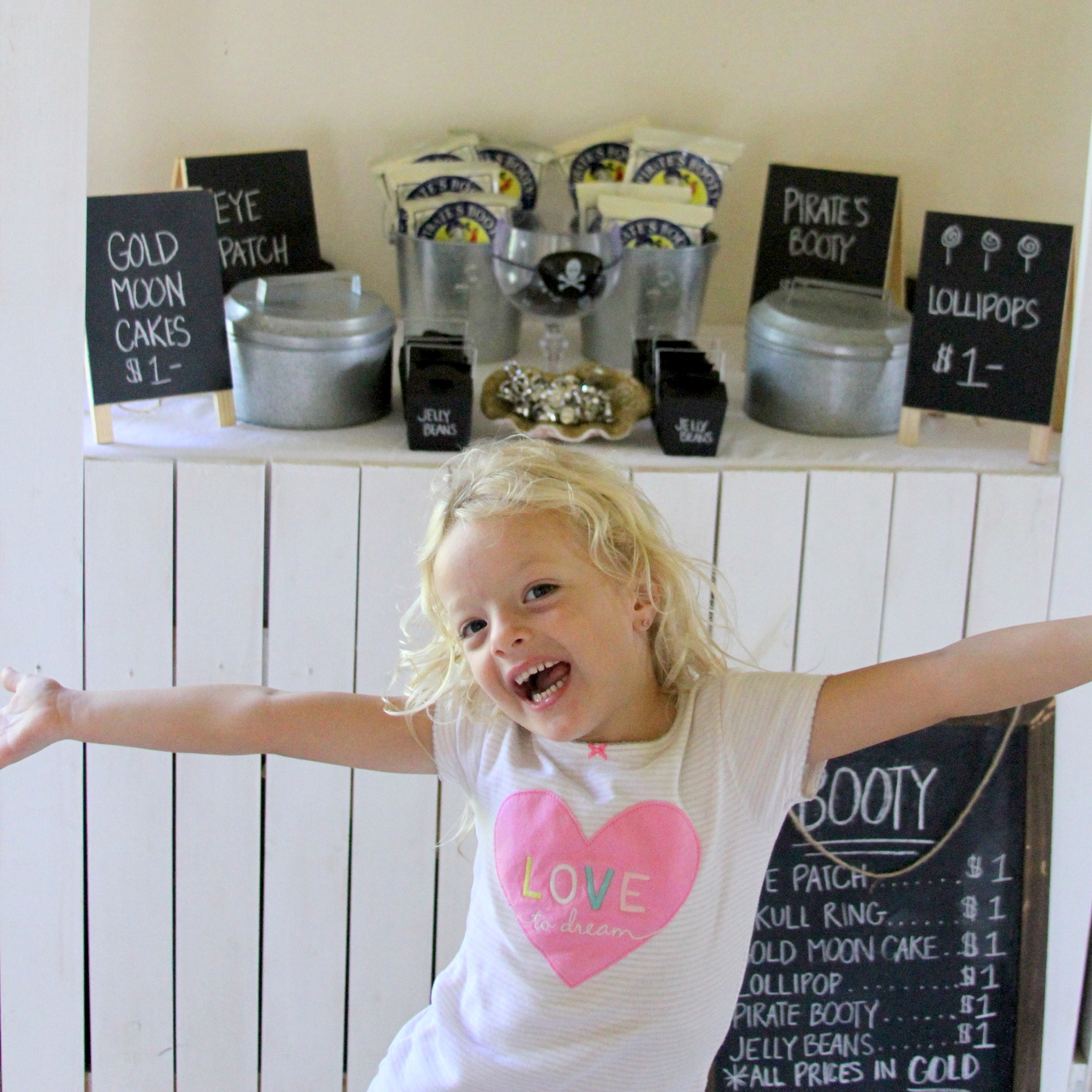 A stand full of goodies is a surefire winner. Every time, y’all.