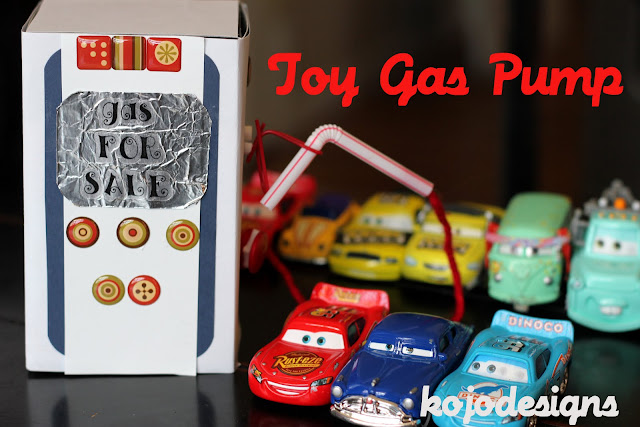 So I don’t care for character-y kid’s stuff (Disney Princess clothes/paraphernalia, for example). I thought we’d be able to avoid the whole issue by not having cable. But, oh boy, was I wrong. Burke loves, and I mean lo-oves, Cars (and now Cars 2, too!). He knows all of the characters, randomly quotes lines from the movies, and is just generally enthralled with anything Cars related.

Here’s the kicker- I am totally an enabler of his Cars passion. I mean, he still doesn’t have a Cars t-shirt (well, any Cars clothing, actually). But Cars stuff just delights his little heart so much, and I think it’s kind of cute. Which means that, with every holiday, he collects more Cars loot. And I don’t even want to think about how much Cars 2 stuff will be entering our home in the coming months. Sheesh.

And that’s not all… Yes, friends, I have started frequenting Disney’s family website for Cars themed crafts for Burke and I to do together. If you would’ve told me that little fact three years ago, I would’ve laughed out loud at you. Isn’t it funny how having kids changes things? Oh dear. 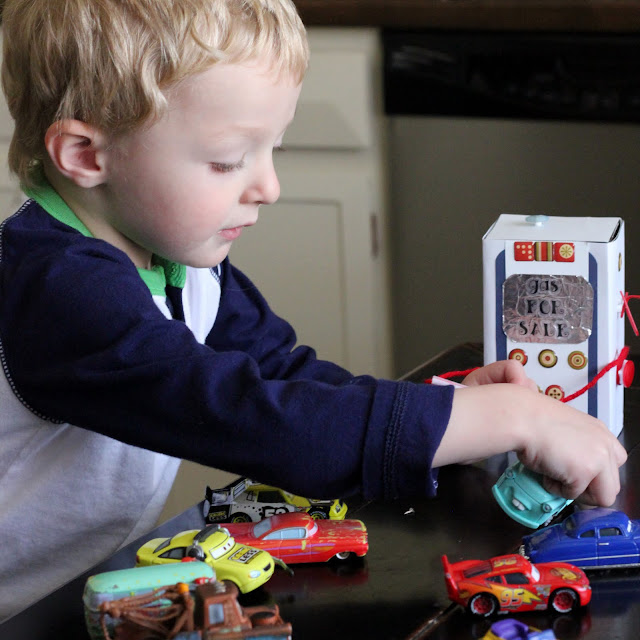 Anyhow, the other day during Piper Jane’s nap, Burke and I put together the Toy Gas Pump (minus the template- we’re wild like that) and I took pictures along the way just in case any of you are in the same Cars-mania boat as we are around here. 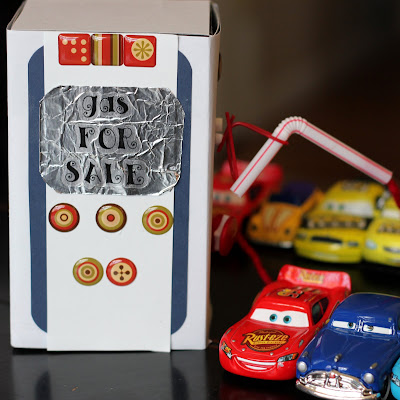 To make a Toy Gas Pump, you’ll need:
-a tea box (the kind that holds tea bags, or any other similar sized box)
-a piece of paper (ours was light blue)
-a rectangle of cardstock (about the size of the gas pump ‘face’)
-foil
-glue and scissors
-stickers and buttons (for decoration)
-a length of yarn (maybe two feet long?)
-a bendy straw 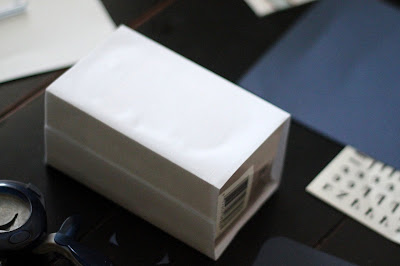 1. Cover the box with paper. 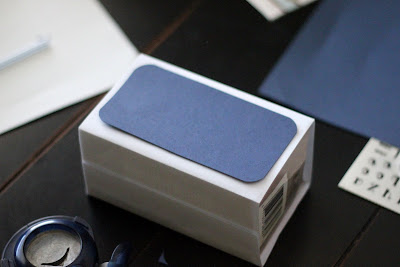 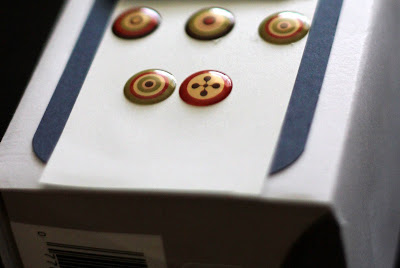 2. Glue rectangle of cardstock and strip of paper down the center of the ‘face.’ Add ‘buttons’ if you please. 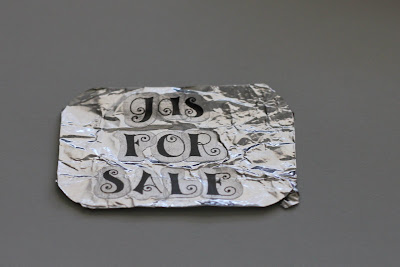 3. Make a foil-and-stickers sign that reads, “Gas for Sale.” Glue in place. 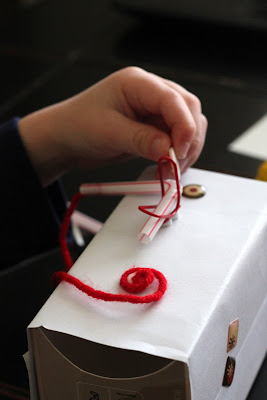 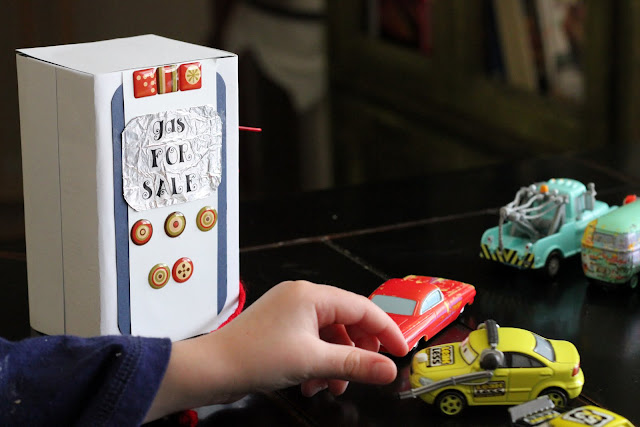 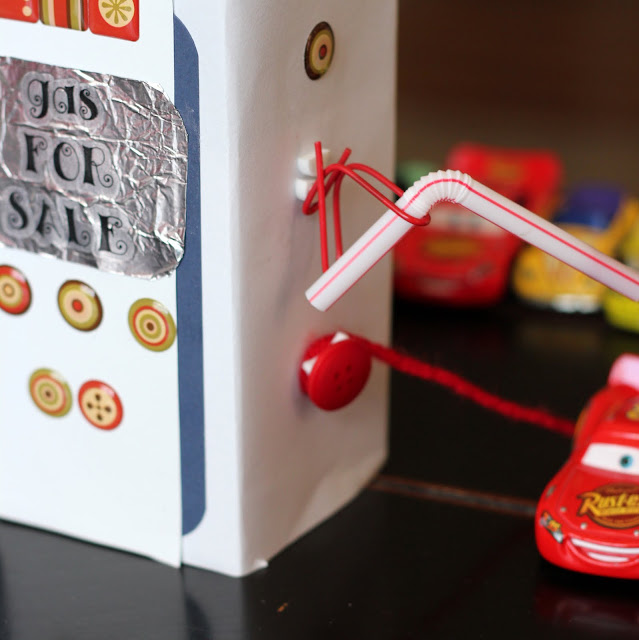 That’s it! Hours of entertainment from a tea box and some basic craft supplies!

*I said it once, but I’ll say it again- I just took pictures along the way as I made the gas pump from Disney’s website. Not my idea.