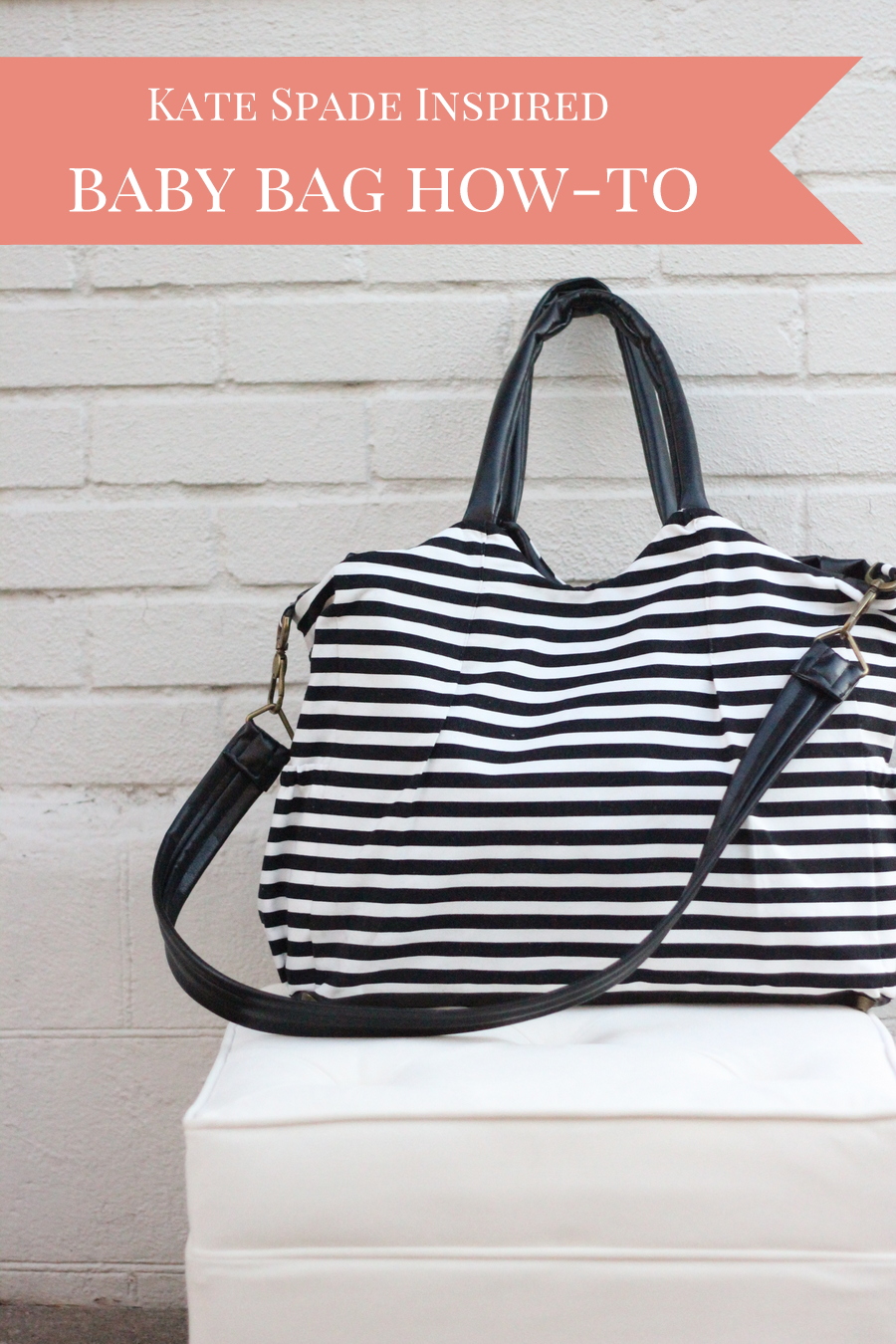 After Monday’s post (showing you the Kate Spade-esque diaper bag that I made for our sister-in-law), several of you asked for a tutorial.

Here’s the thing. For pretty much every single bag I make, I follow the same approximate steps. They’re here. 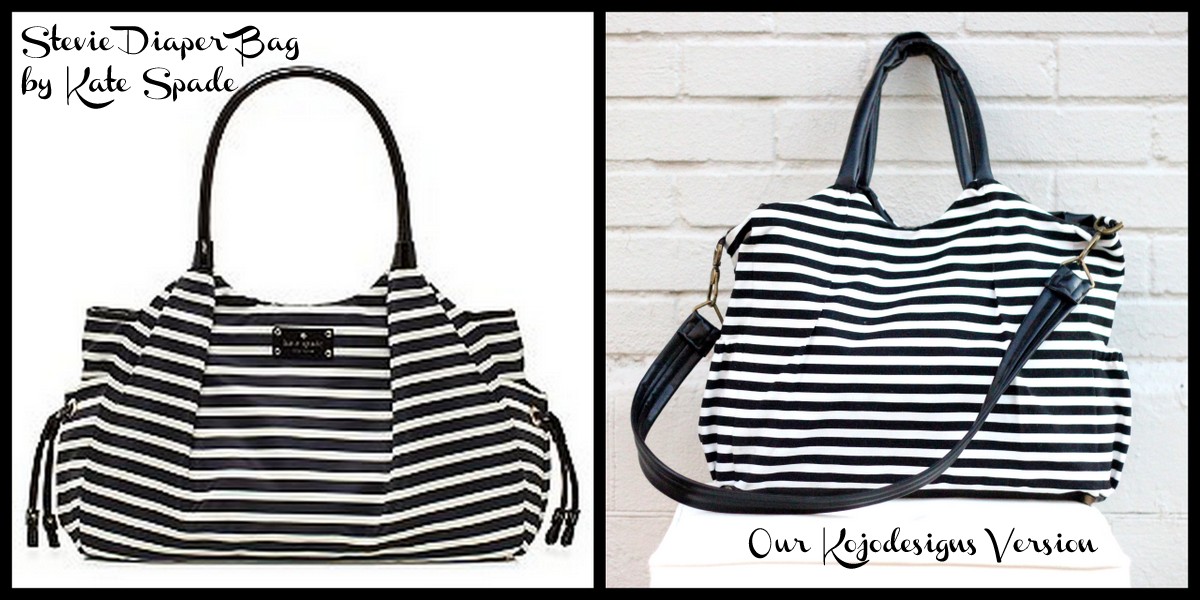 However, I did modify that tutorial a little to make this diaper bag similar to the ones my sister-in-law loves (think- adding pleats, a curved top and purse-ish handles). 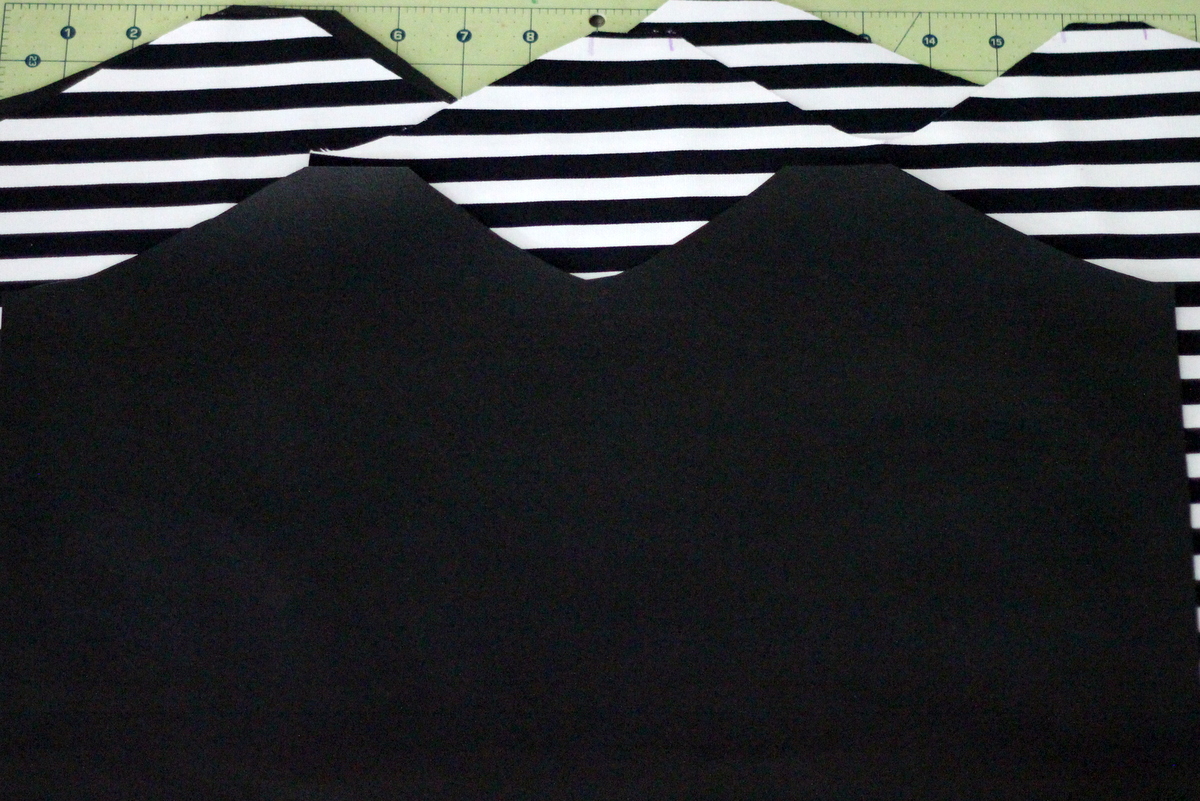 Start with 17″x15″ fabric rectangles (two for the exterior and two for the liners). Add curved points near the middle (leave a little width at the top of each curve for the pleats). I measured one of my handbags for handle placement width and spaced mine with about six inches in between. 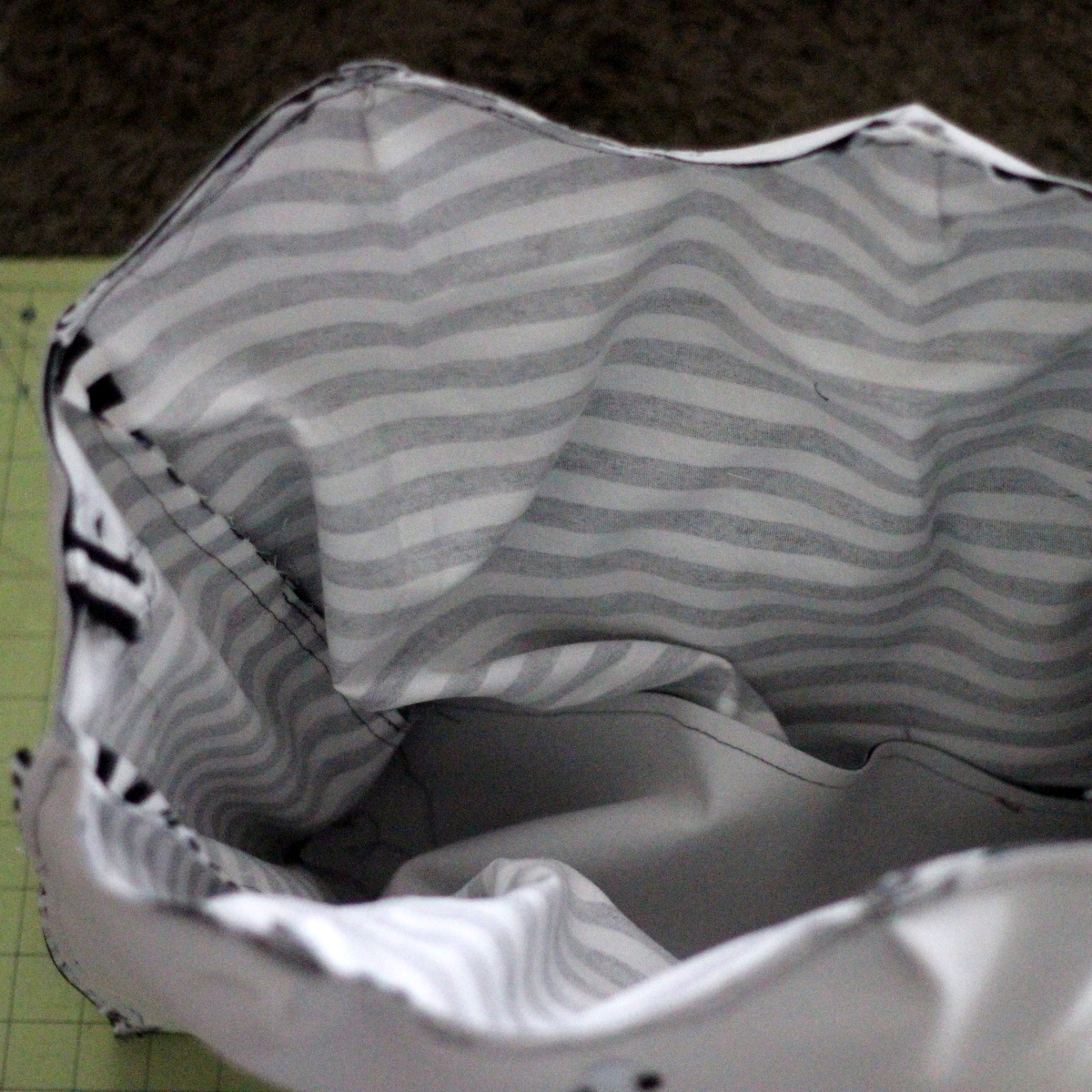 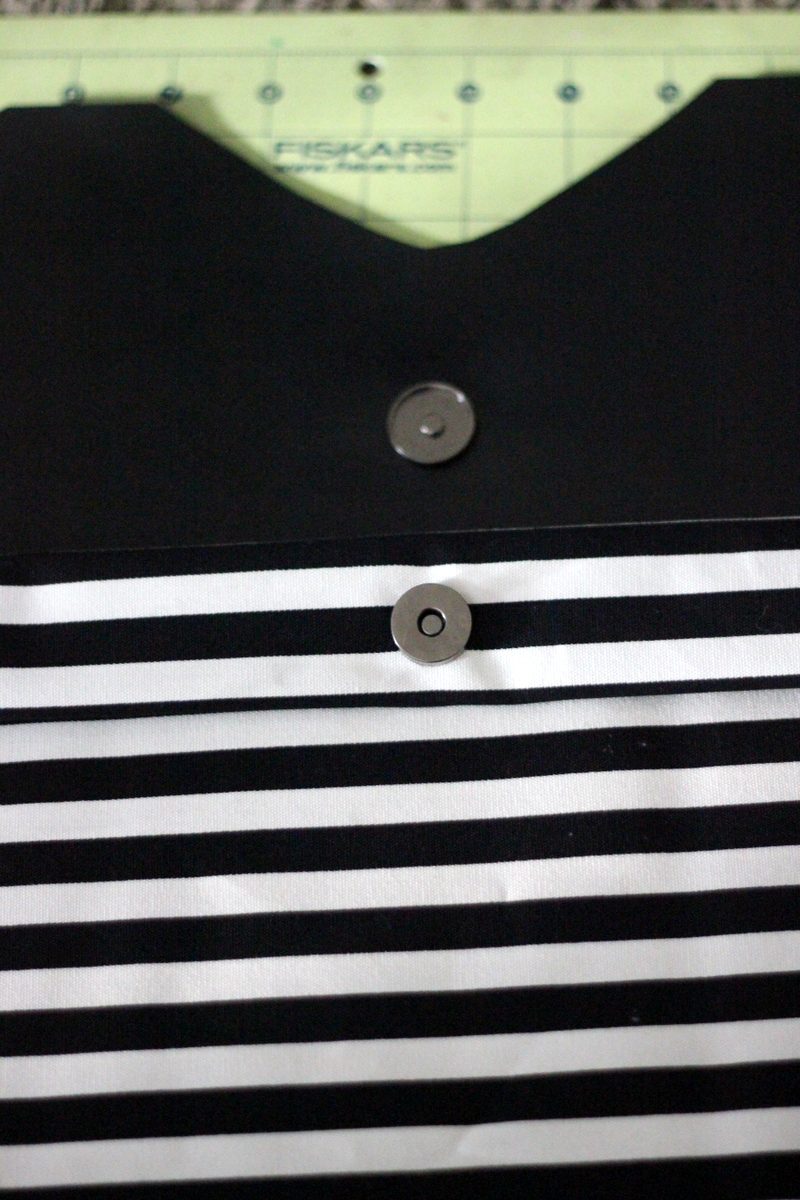 Follow the Teacher Tote tutorial to put together the exterior and the liner. Add pockets liberally (this is a diaper bag, afterall). I even added one pocket that spans the entire width of the diaper bag for iPad storage (those snaps in the picture above hold that pocket together). 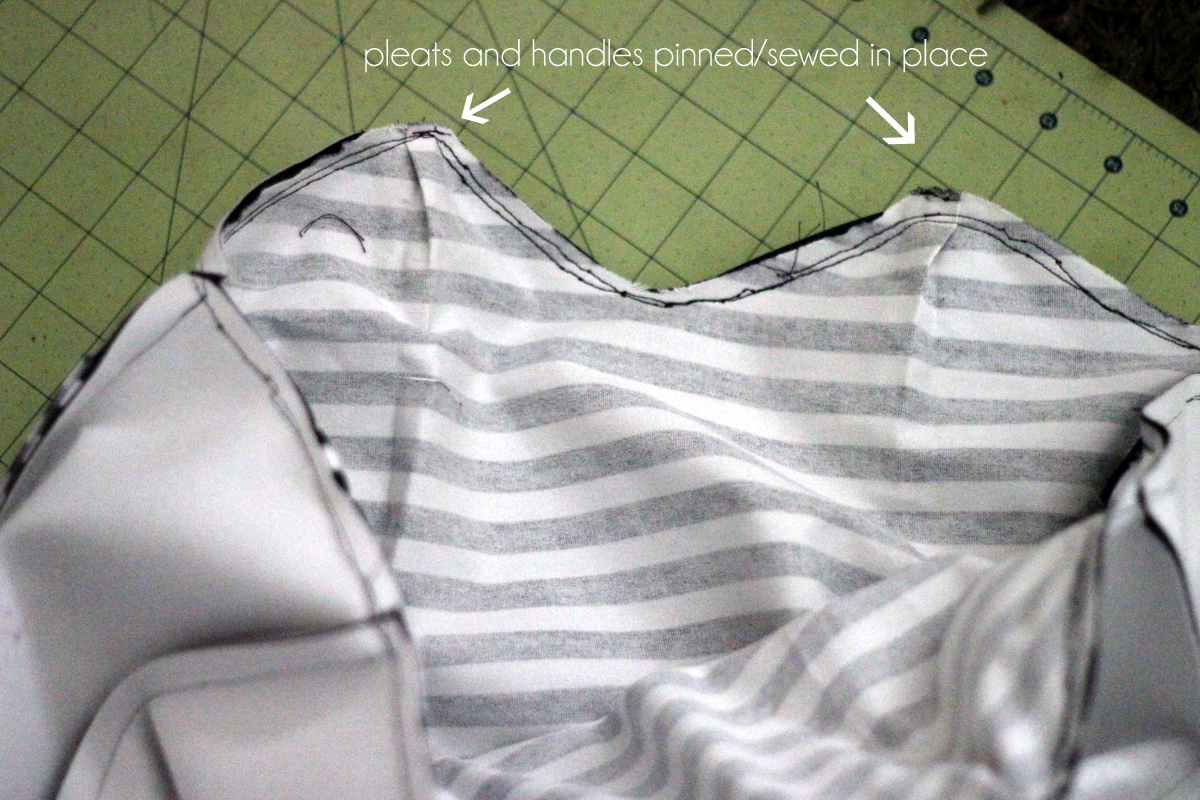 To add purse handles, sew pleather/vinyl/leather tubes. Turn them inside out, fill with rope (for added sturdiness), and pin at the top of each curve, tucked down into the bag. I also pinned pleats in place on each curve (and then later, sewed the top of the pleat down with invisible thread to preserve the pleated shape). 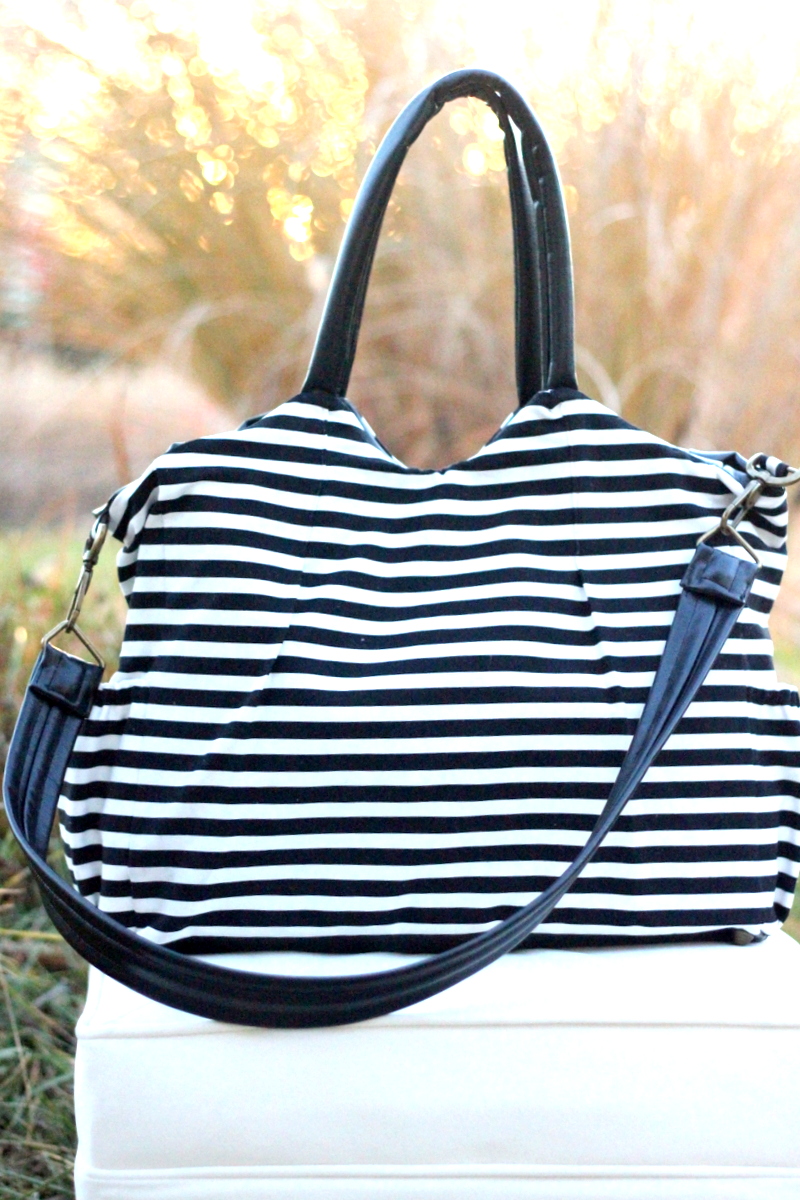 I still added the option of an over-the-shoulder strap as well. Since I want Trish to have the option of leaving the shoulder strap on or taking it off, I added swivel clips to each side. The strap (made of pleather) has D-rings on each end for easy clipping. 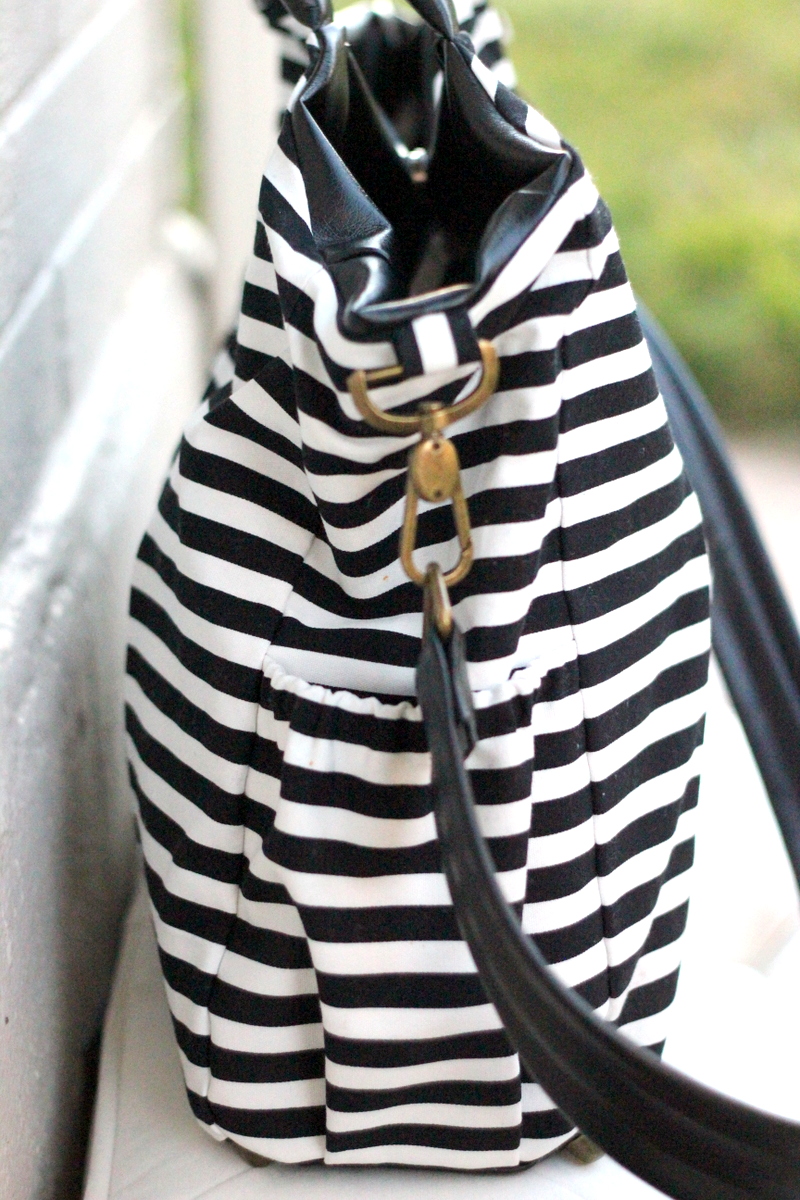 The end result of this modified Teacher Tote? A pocket-laden, purse-ish Kate Spade knock off that’s also works as a diaper bag.

Are you crawling out from your Christmas coma yet? We have been {slowly} coming back to normal life- putting away presents, packing away the massive wrapping station that had set up shop in our basement, eating egg whites and leafy greens to balance the carb-overload of the last week… We’ve even been prepping for New […]

After sharing the whale shower yesterday, it’s only fair that we do a quick followup and show you how to make the driftwood mobile. But first, you should know something. I love driftwood. It’s the perfect combo of natural, weathered, and beach (all looks I love). This summer I picked up a little collection of […]

Iced tea with limeade. Chicken salad. Dinner on the patio. The marks of summer. And this sundress (a knock-off of the strapless tie dress from the GAP) fits right on that list. It’s sweet and simple and easy to wear. As I mentioned previously, I love this dress and am happy to share the how-to […]