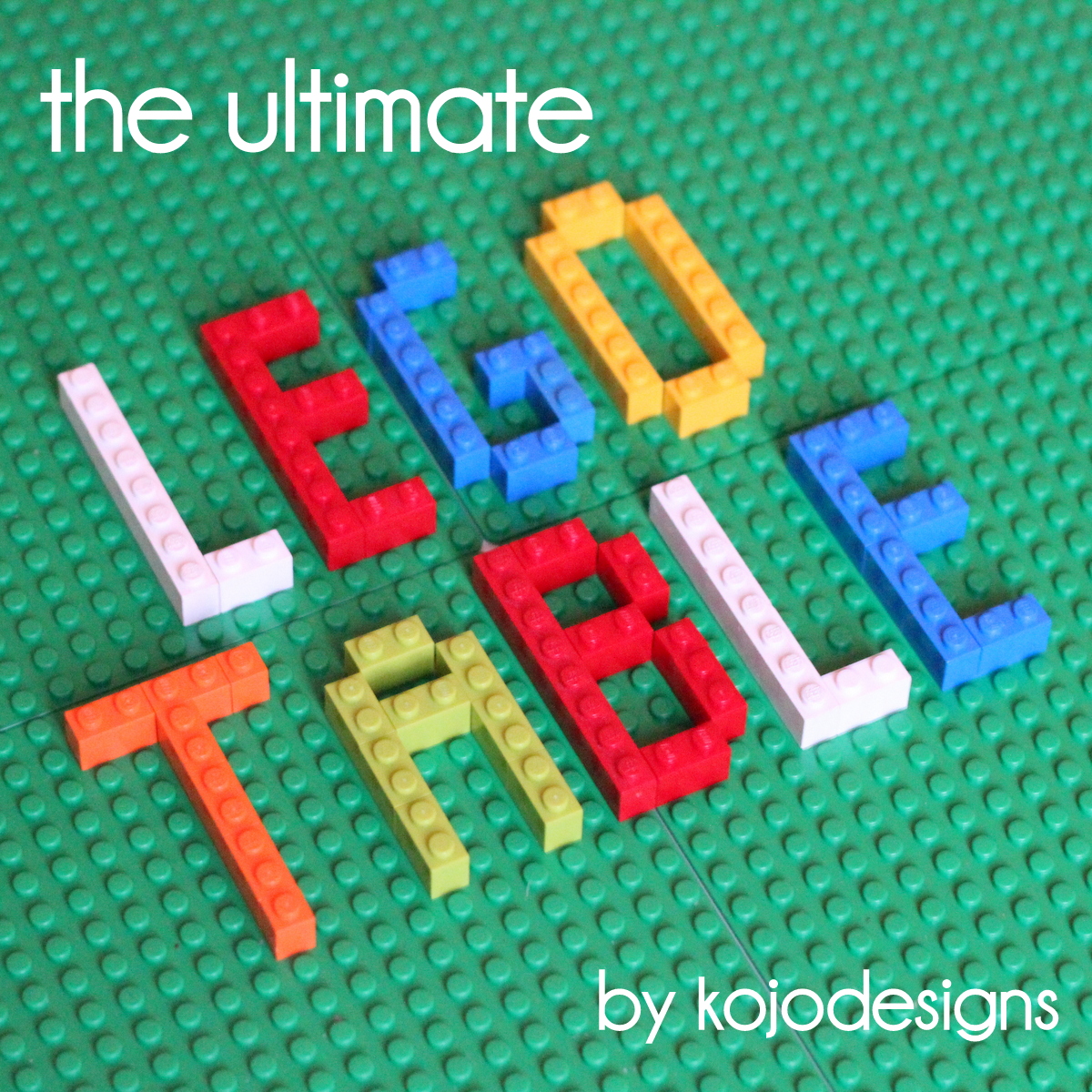 Our lego fanatic (aka Burke) had a Lego Table on his Christmas wishlist. Of course, they are $150 (and totally DIYable), so we decided to make one ourselves instead. 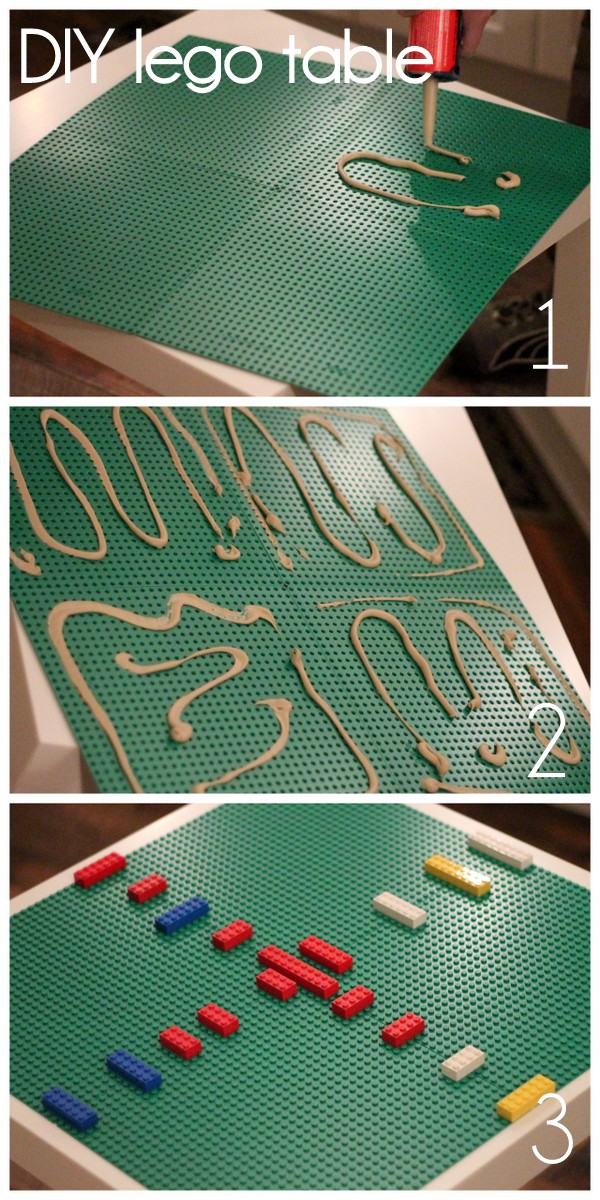 Making the Lego table itself is pretty self explanatory- assemble a small table (we got a white IKEA Lack table for $8), gorilla glue four Lego base plates to the top (be sure to add legos to all of the seams so that the spacing is correct- pushing the base plates all the way together makes for the wrong spacing).

My favorite part of this project, however, were the ‘extras’ we added on each side. 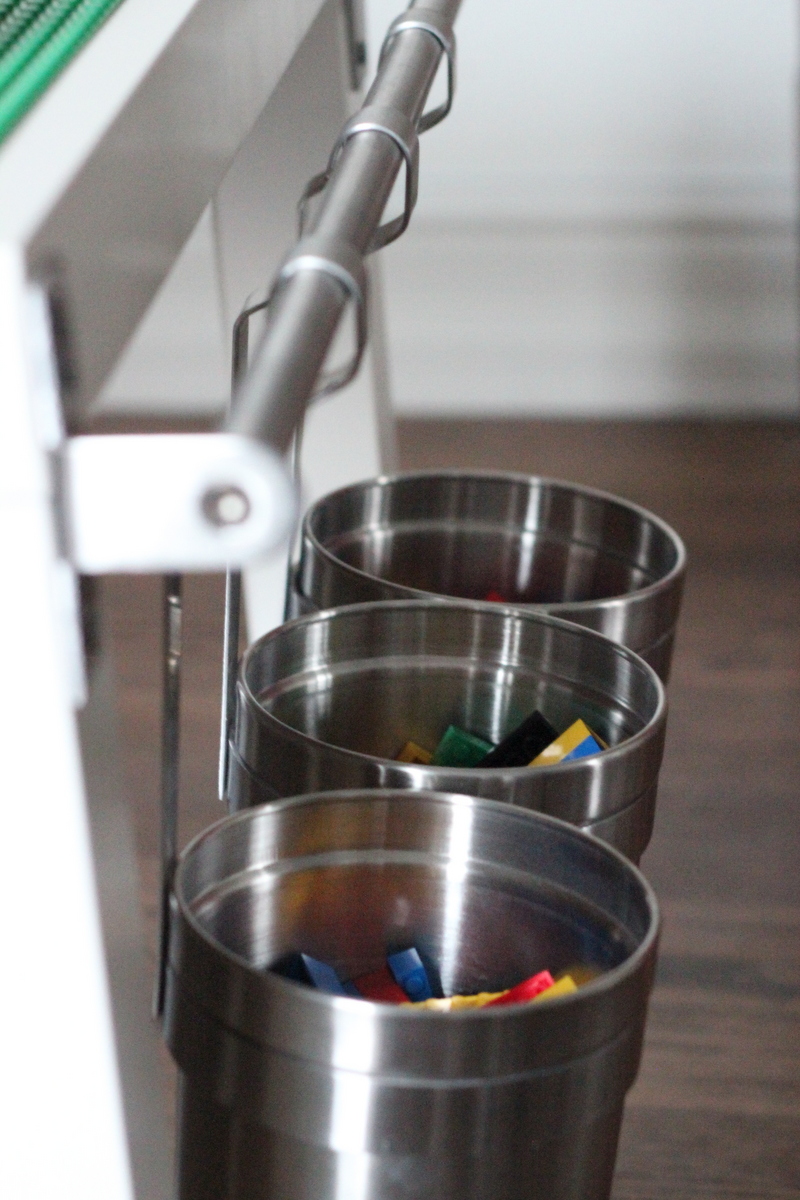 On one side, there’s a row of hanging buckets- perfect for storing project leftovers (or waiting-to-get-to’s). 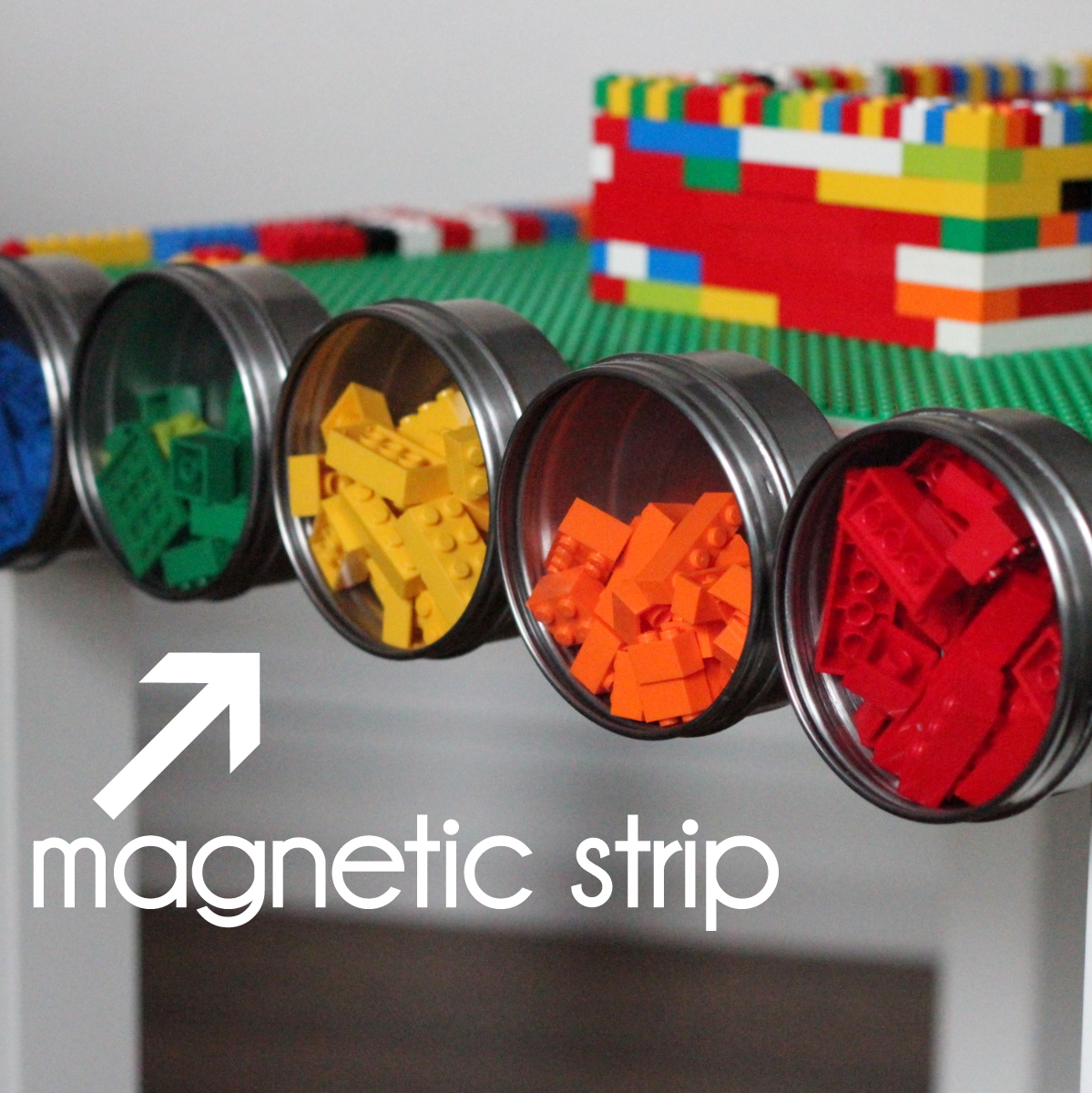 And on the other side, there’s a magnet strip, complete with magnetic tins for extra lego storage. I think these tins will eventually become ‘homes’ for all of Burke’s lego guys (providing a way for all of their ‘accessories’ to stay with them and also protection from our littlest lego afficianado, Piper Jane). 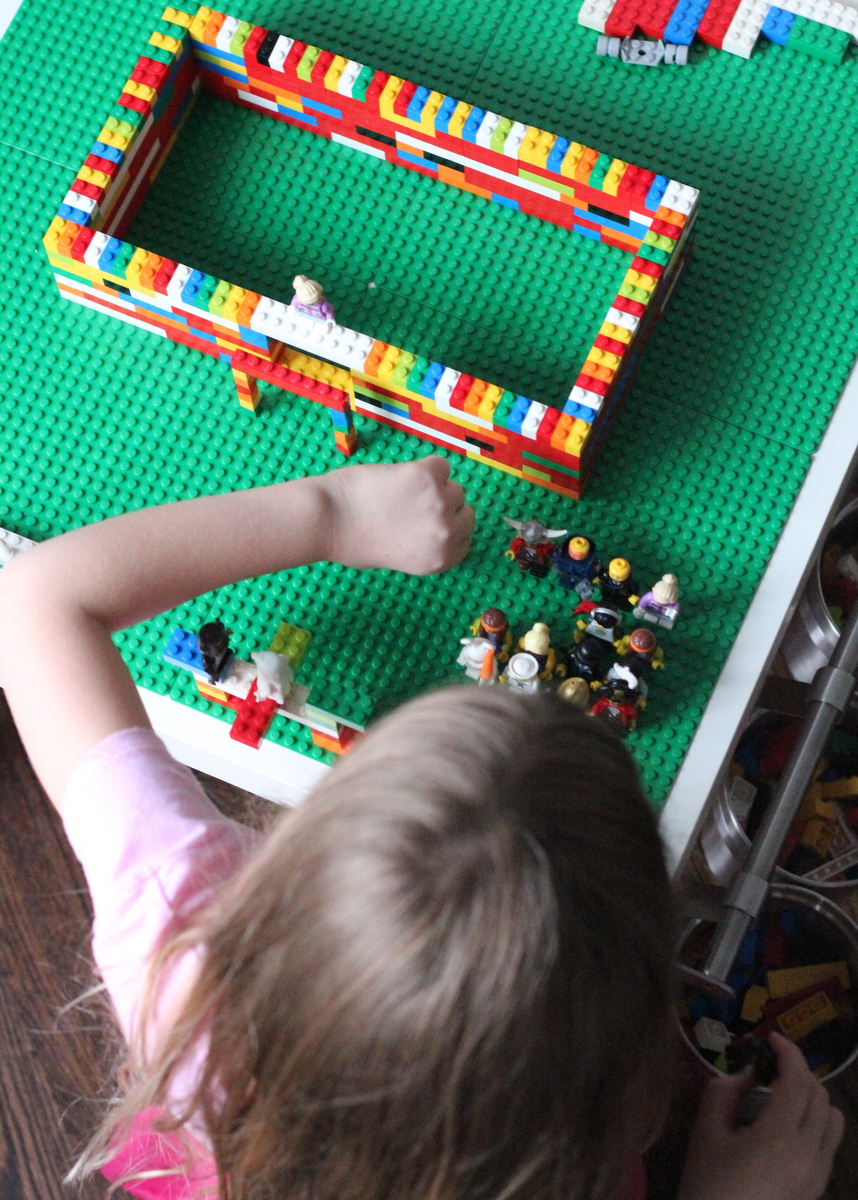 The lego table has been one big giant hit with the cousins (today, they made a castle and a dragon and a dragon-fighting army). It is so fun to watch. 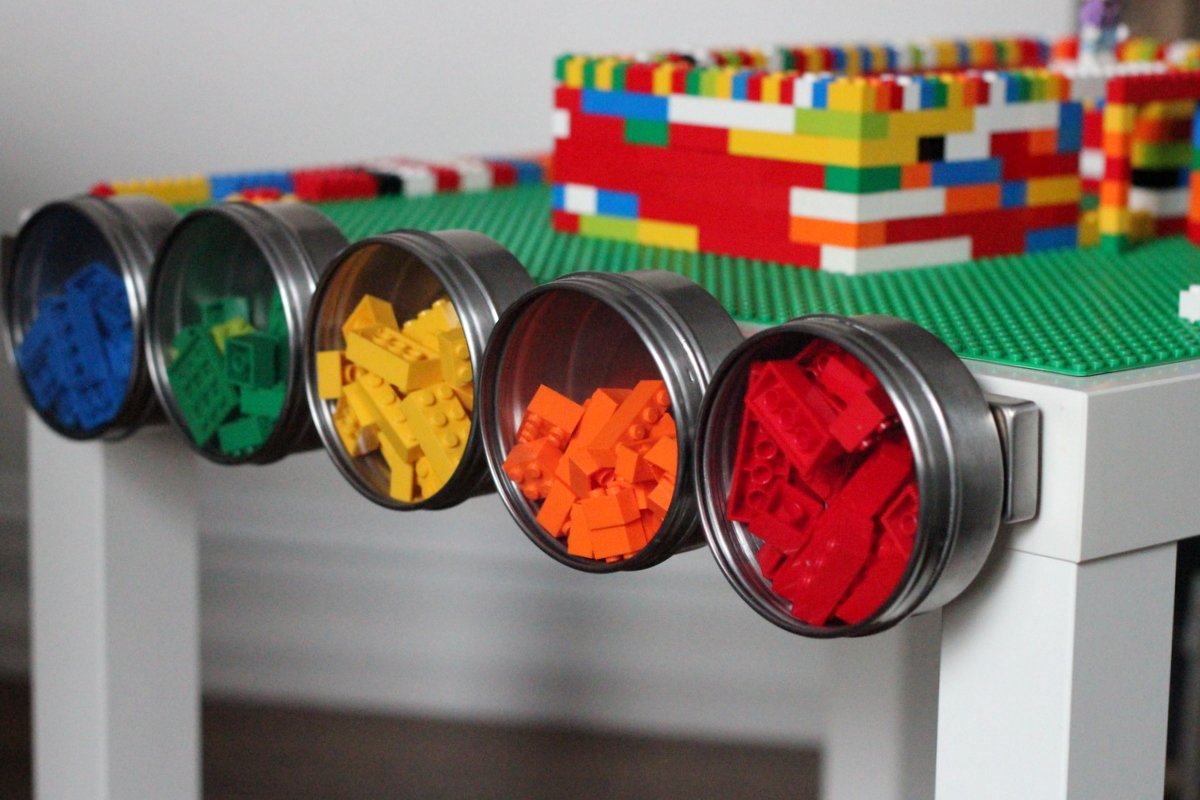 And since the total project cost was less than $50 (including the table, the base plates, the magnetic strip and the hanging bins), we are loving the savings as well!

Do any of you know a Lego fanatic? Does this obsession stop any time soon (Burke is four)?