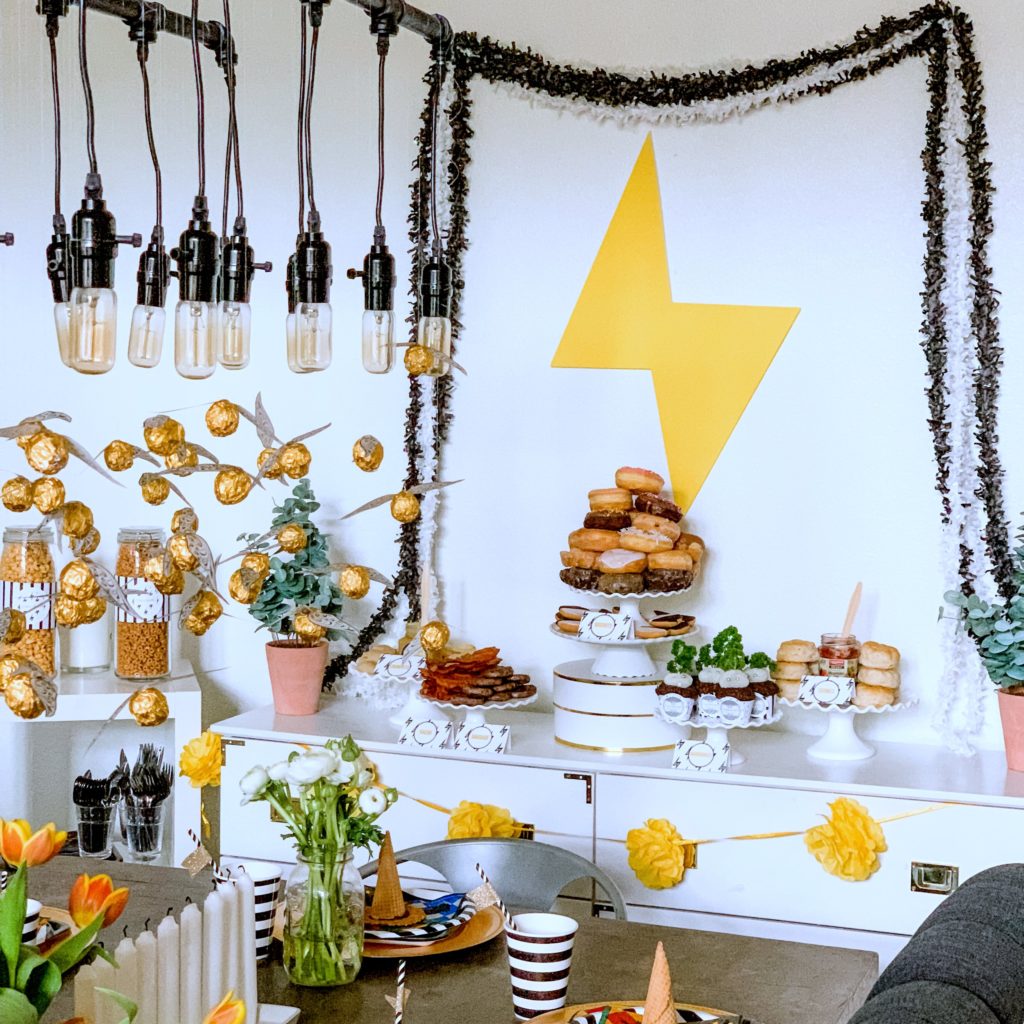 I cannot even believe how much I love this magical Harry Potter birthday party (see what I did there? But seriously. Magical). And what better use of corona-quarantine than finally going through 700 pictures and putting together the Harry Potter Brunch Birthday Party post.

-Harry Potter wands (we found ours on eBay)

For Harry Potter fans like Burke and Pi, I don’t know if there will ever be a birthday party theme to top their beloved HP.

(Their mama usually has a each-theme-only-once rule, but also, after looking through these completely over-the-top-Harry-Potter-party pictures, maybe that rule should be relaxed?)

I should say at the outset- we DID attempt to narrow our party project list by choosing the Harry Potter things that were most important to the each of the kids. But then, we still ended up with the most ridiculous party this side of Hogwarts.

You know the category of so-much-work-but-so-great? This whole party is that.

These were the easiest party invitations to put together! The free printable for the edict is here– I added a picture of Burke and Pi holding wands in their Hogwarts house robes and added our HP party details. Then we rolled them up as scrolls and hand delivered them to guests. (Like I said- SO EASY!)

We chose to serve brunch for the party (and made several protein offerings to offset the Honeydukes’ sugar highs). We served bacon and sausages, ‘quiddich quiche,’ ‘Cheeriowls’ cereal, crumpets, scones, donuts and Mandrake Cupcakes (there’s a free printable for the mandrake labels here).

The “Potions” lab offered a whole set up of Italian soda makings (remember when we did an Italian Soda Bar? Yep, the kids are still infatuated).

We also made several Harry Potter drinks including Butterbeer, Pumpkin Juice and Gillywater (water with mint).

Of course, we put together a Harry Potter dessert table as well.

The mini Honeydukes deserves a quick mention here (because so many treats and so much work and so much sugar!)- that post links to the PILE of printables we used to put it together.

The ‘fluttering golden snitch’ installment above the dining table was the kids’ favorite (even before they discovered that they could pluck down the snitches as a chocolate treat).

We also set up the dining room Great Hall Style with flowers, candles, the aforementioned fluttering snitches, Harry Potter placesettings (including ice cream cone sorting hats). Even though we had several tables set up around the house, everyone chose to squeeze around the one long table in the dining room (very Hogwarts-house-table of them, right?). I love our kids’ friends, y’all!

One of the perks of having a million Harry Potter items laying around the house was that we didn’t have to buy much party decor- we just gathered all of the HP goodness tucked in all the corners of the playroom and used it as our decorations (Hedgewig, Scabbers, Maurader’s Map, Deathly Hallows light, Fantastic Beasts and Where to Find Them, A History of Magic).

The kids also put together letter boards with Dumbledore and Harry Potter quotes all over the house (such an easy decoration, and I love the quotes they chose- haha).

Both of the kids wanted to recreate Diagon Alley (plus Honeydukes from Hogsmeade because what is more fun than Honeydukes!?!). We started out with plans for just Honeydukes and a Joke Shop. And then the plans expanded to include Ollivanders. And then the kids decided to make a mini Gringotts to store the guests’ gold (no pics because of how last minute that was, but SO FUN!).

I’m sure you’re catching the jist that once you dive into the Harry Potter party world, it is a little difficult to reign yourselves back in- haha! You’ve been warned.

At the top of Piper’s “mini-shops” list was a Honeydukes. I can’t even say what a hit this was. Well, actually, it was exactly the amount of hit you’d expect if you put together an entire wall full of treats and gave the guests ‘galleons, sickles and knuts’ to go on a candy shopping spree.

Burke was hoping to make a replica Weasley’s Wizard Wheezes joke shop (“Gentry’s Jolly Jokes”- get it?). Somehow, the timing of this party coincided perfectly with a practical joke takeover of Target’s dollar bin- so lucky.

We also wanted to re-create Ollivander’s Wand Shop so that each guest could go home with a wand (when we were putting together Harry Potter Halloween costumes, we’d stumbled upon the discovery of amazingly thrifty wands on ebay and ordered enough “Ron Weasley” wands to go around for the party).

I might’ve hinted at this once or twice- this was seriously the BEST party. Trying to figure out how to pull something like this off in New Zealand (and also, vaguely remembering the work involved and promising myself to never do something like this again- haha)! Happy Potter-partying, friends!

How to make mandrake cupcakes (with free printable labels) 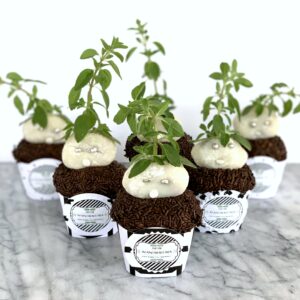 Y’all. It’s been forever since I put together a post, and even longer since I did a full kojo party. But last weekend we hosted the most epic of all the Harry Potter parties and it must (MUST!) be shared. I will be honest- putting this party together was a little like plunging back in […]