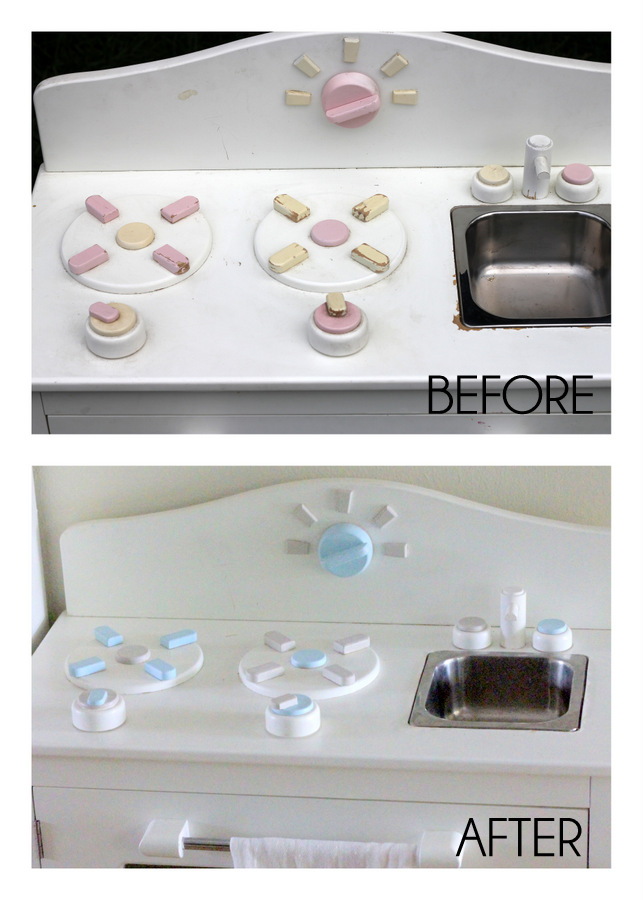 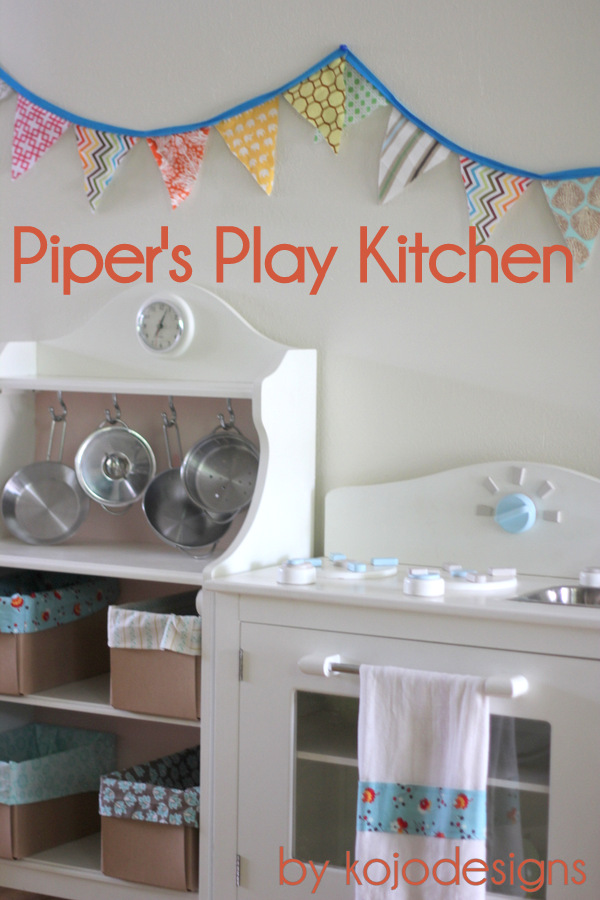 A few days before Piper’s birthday, we scored an awesome-but-needing-some-work Pottery Barn play kitchen on the cheap on Craigslist.

We spent the next few evenings touching up paint, scraping off stickers, MagicEraser-ing and even replacing the plexiglass in the front of the oven (it wouldn’t clean up). Well, Adam did those things. 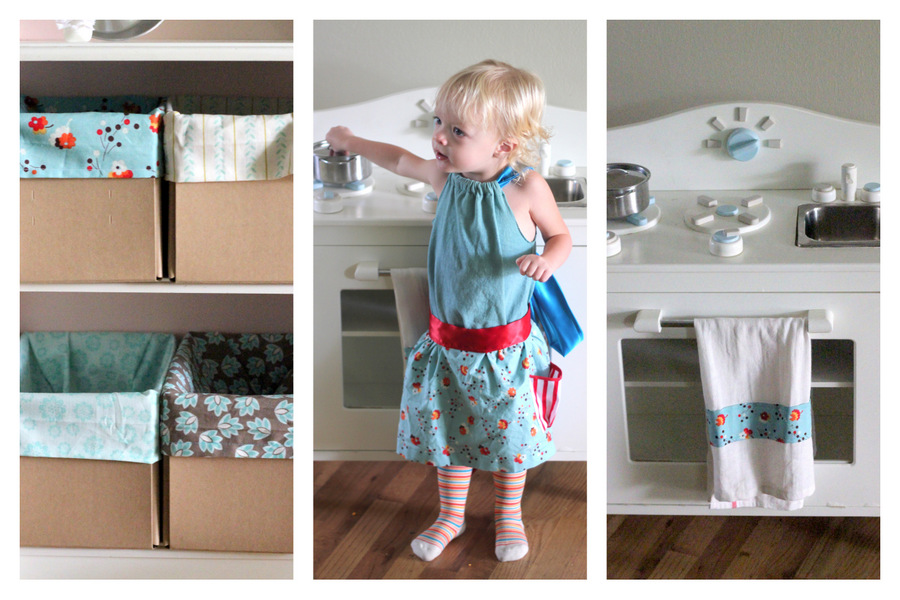 I, on the other hand, spent the next few evenings whipping up ‘basket liners’ for Ikea boxes-turned-food-baskets, making a Piper Jane sized apron, and embellishing a basic kitchen towel with fabric trim.

Her giant smile was totally worth the work! 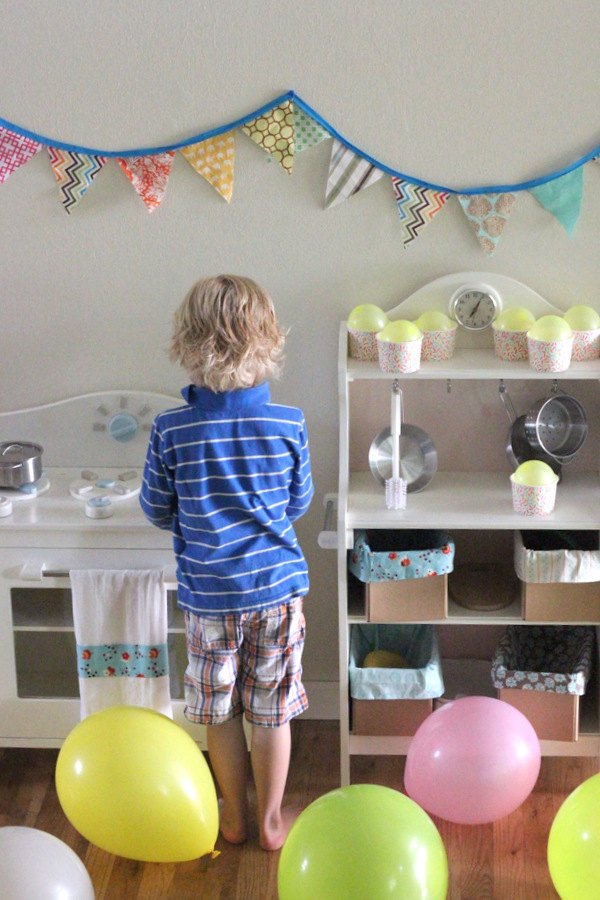 Not only is she just smitten with her new kitchen, it has been such a hit with Burke as well. The two of them spend hours ‘cooking up yummies’ for me- I am loving every minute of it. 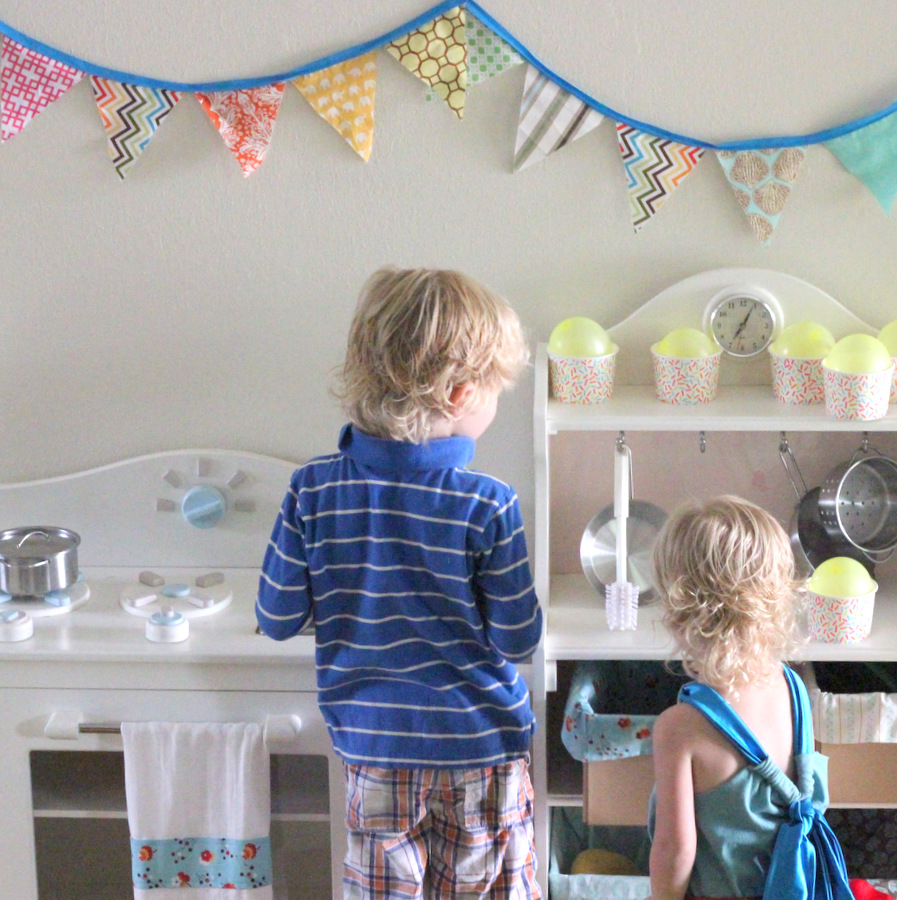 A couple of notes on the handmade play kitchen goodies-

-the fabric is from Raspberry Creek Fabrics (mostly Riley Blake)

-to make the basket liners, I just kind of eyeballed it (traced the bottom of one of the boxes and then made tabs extending from each side and sewed them together), but here is a basket liner tutorial if you’re wanting one

-the kitchen towel is from Ikea. I cut a strip of fabric to match the towel width, ironed the edges under and sewed the fabric to the towel

-the tutorial for the apron should be up tomorrow. It was so easy and Piper Jane LOVES it 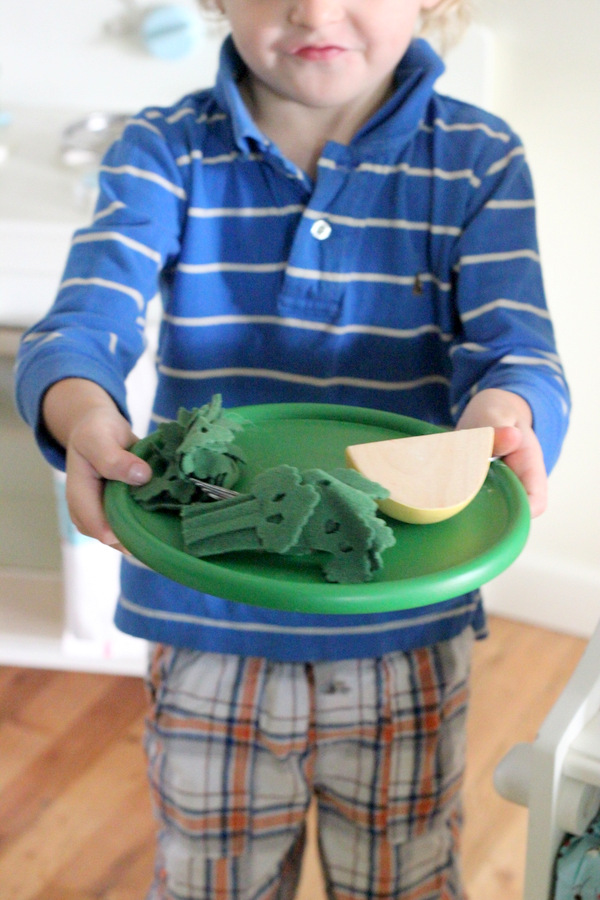 Have you scooped up any great deals on Craigslist (or otherwise thrifting) lately?