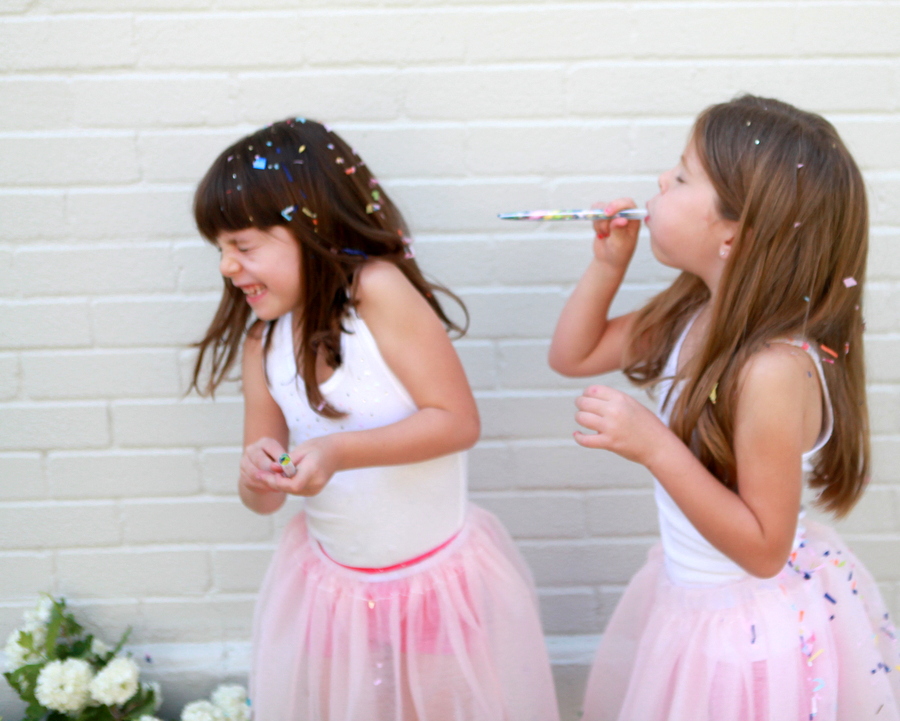 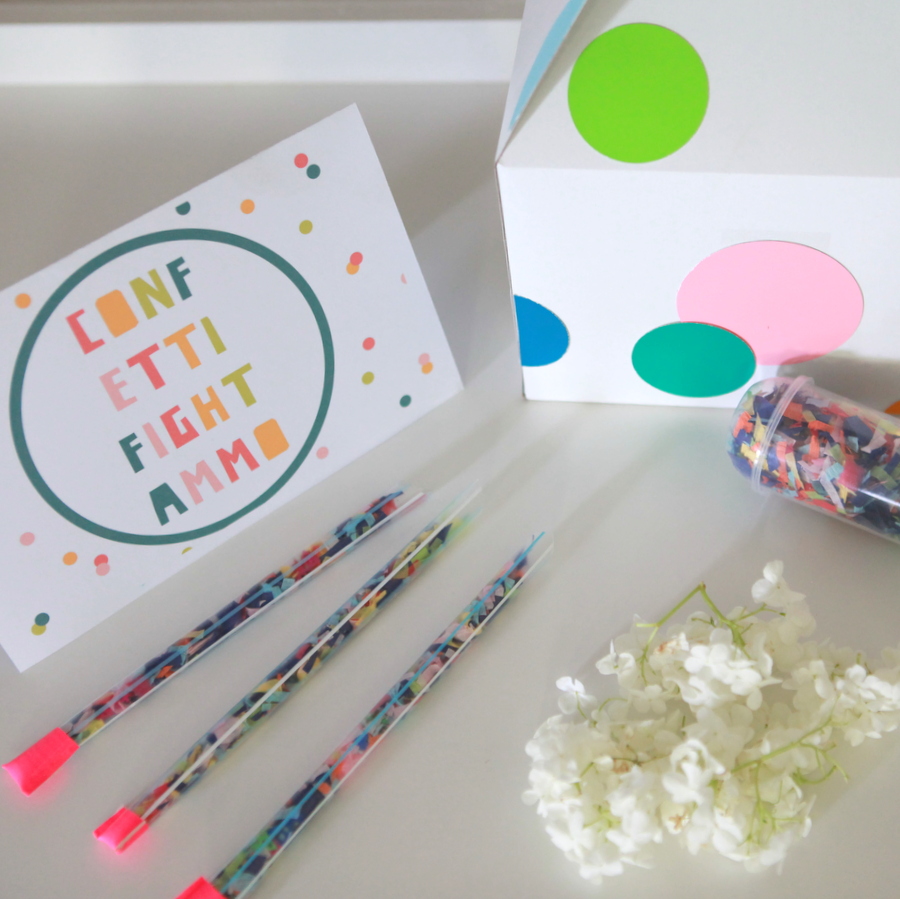 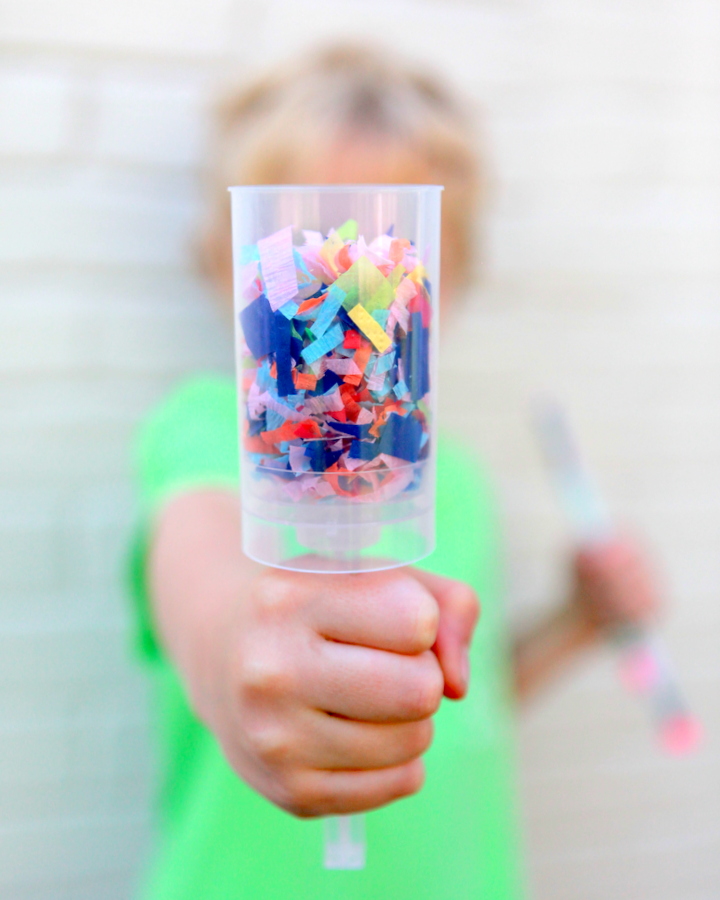 Before everyone arrived, we filled boba straws and push pop containers with confetti. 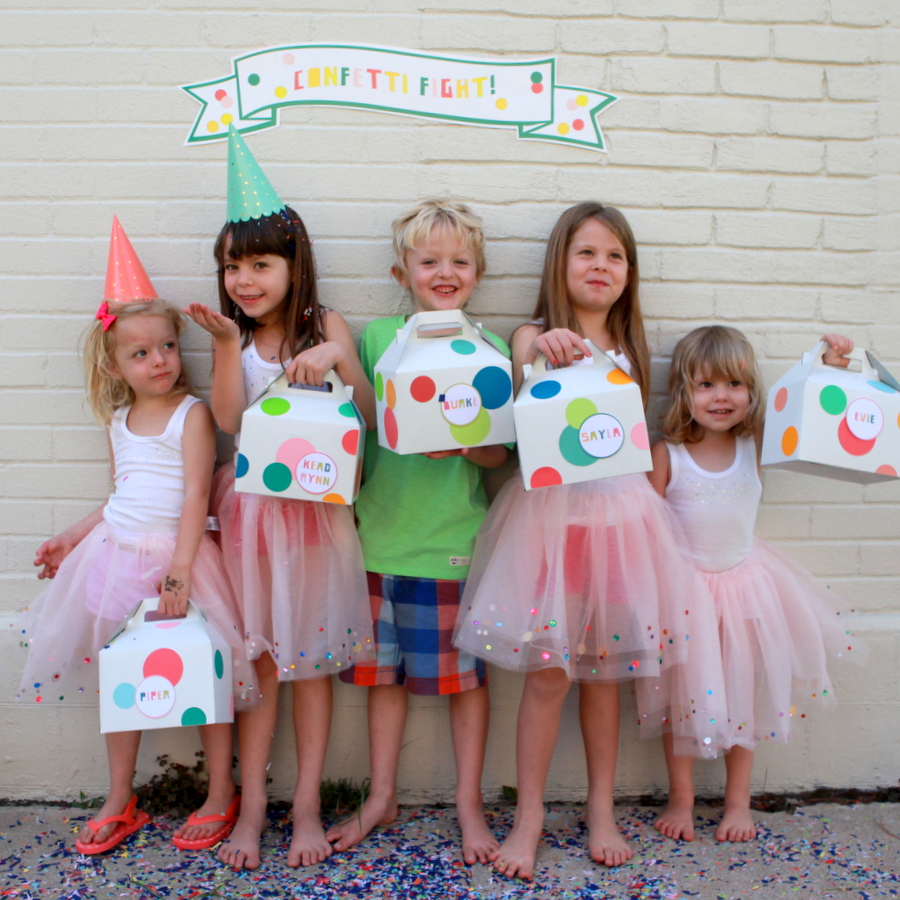 After filling little gable boxes with confetti shooters for each cousin (and a little confetti shooting practice), we gave each one their box and let the kids have at it. 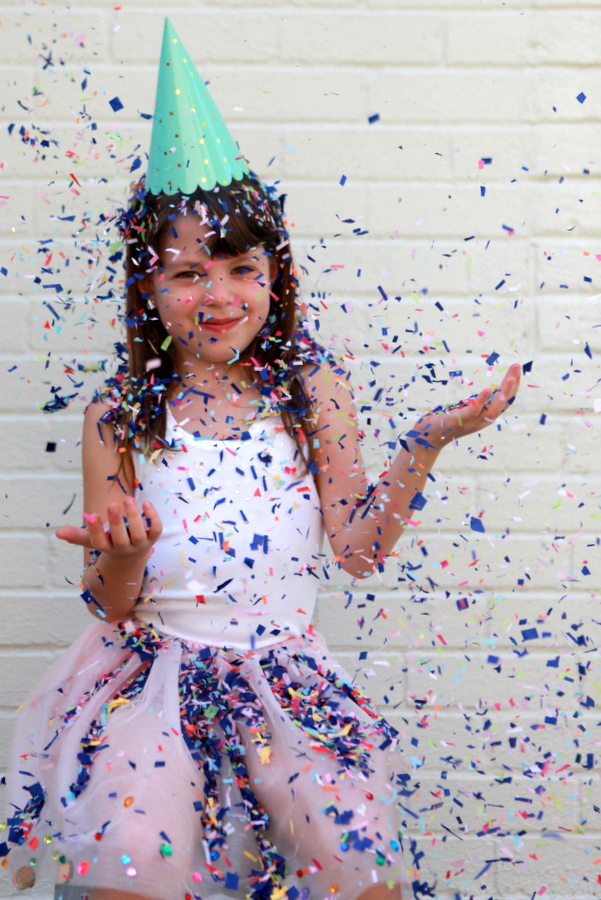 It was one crazy shower of confetti. And laughter. And shrieks of joy. 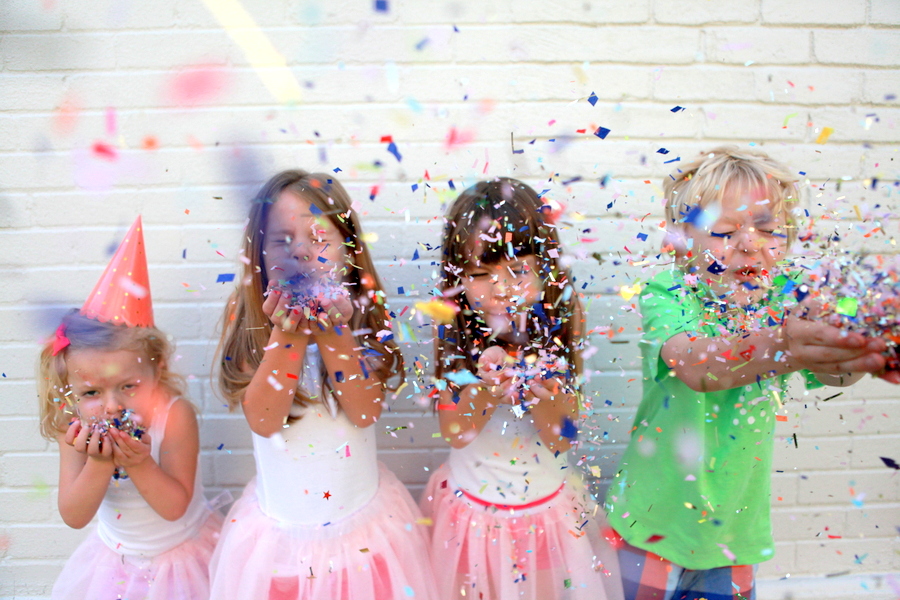 In a word- fabulous. 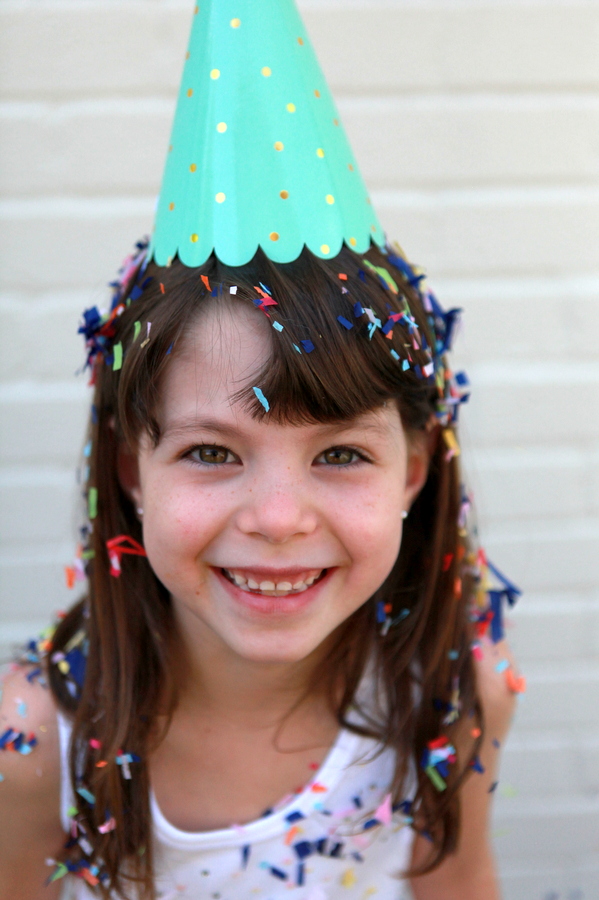 In a few words- the most fun a kid can have.