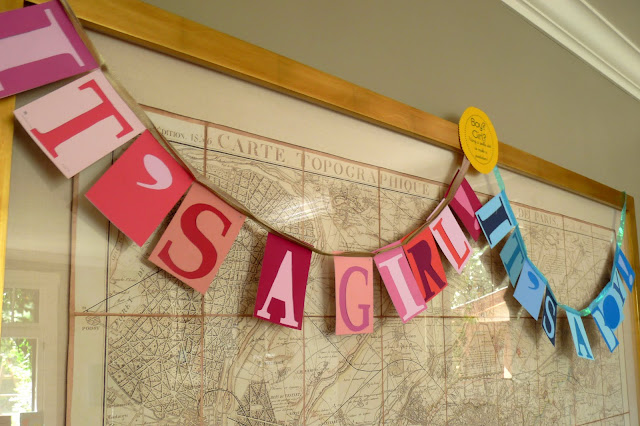 Remember the “It’s a Boy” paint chip banner I made for the hippo baby shower? Well, making both an “It’s a Boy” and “It’s a Girl” version of these banners can also be turned into a baby shower ‘game’ of sorts at a baby shower where the mama doesn’t know the gender of the bambino. 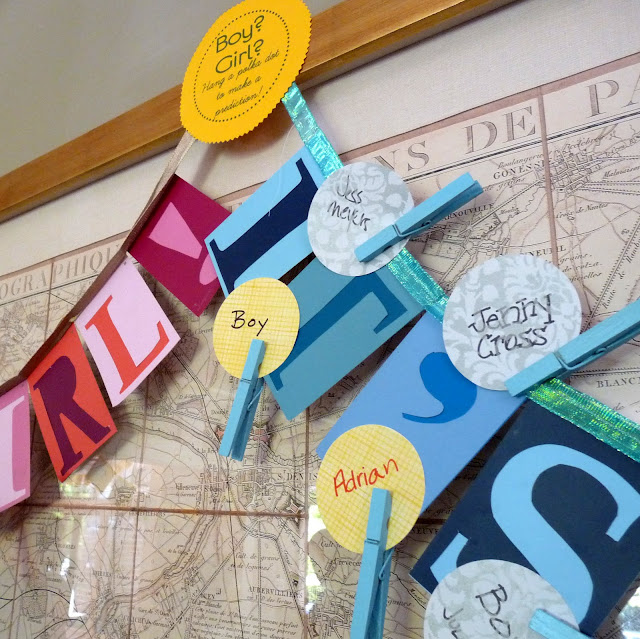 You can either use the banners for a simple vote (shower guests can pin a polka dot onto the ‘girl’ or ‘boy’ banner to predict the gender), or as a tool to gather name suggestions.  Fun, right?

By the way, they did this game at my berry baby shower and the overwhelming vote was that I was having a boy. 🙂